Post, chat, or discuss topics related to Star Wars, modeling, 3D graphics, or something close to this.
Post Reply
44 posts

While it is an X-wing, is it a T-65, or T-65A or T-66 or some other designation?
If you have a tool and aren't aware of what it can do, its dangerous. A jedi can do amazing things with a lightsaber. A roomful of chimps with lightsabers... would get messy.
Top

I hope the Falcon will look better
Only two things are infinite, the universe and human stupidity, and I'm not sure about the former. Albert Einstein
Top

Looks better with the wings open- I saw as well that the "engine" splits like the RMcQ version
â€œEverybody is a genius. But if you judge a fish by its ability to climb a tree, it will live its whole life believing that it is stupid.â€

I agree with chris. this x-wing looks like crap. once again jj abrams screws up a great franchise. I think I'm going to pass on ep 7

The new X-Wings design is pretty much following the original concept paintings of Ralph McQuarrie,...hopefully you'll get used to this (original) design

Just a few drawings by the original JJ.....(Joe Johnston)

I wonder how close they'll keep to the design of the rear of the ship?.....back to Ralph 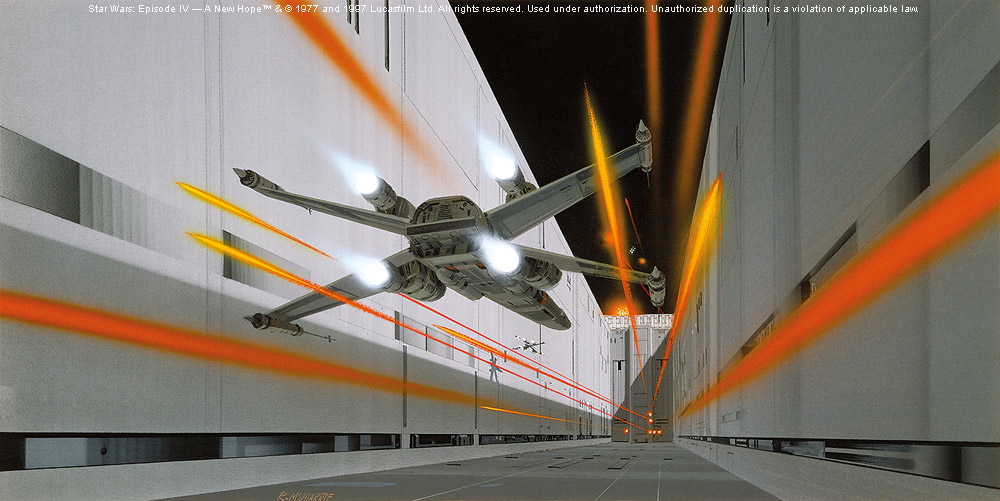 You really can't keep a great design down

No comments on the mouse droid?

Looks like a Snap-On branded X-Wing from those drawings. Maybe they are just a sponsor.
Top

Need to build 30 models per year until I'm 90 to clean out the stash. Time to get cracking!
Top

I do indeed mean that!

Need to build 30 models per year until I'm 90 to clean out the stash. Time to get cracking!
Top
Post Reply
44 posts