After a little trial and error, I found a paint mix that I think looks pretty good. It's a little darker than the kit plastic, but after looking over some reference photos of the puppet used in the movie I think it works really well. It's made with Vallejo Model Air Orange (71083), VMA White (71001) and VMA Yellow mixed 4:4:1 with just a touch of VMA Hull Red (71039) added to it. 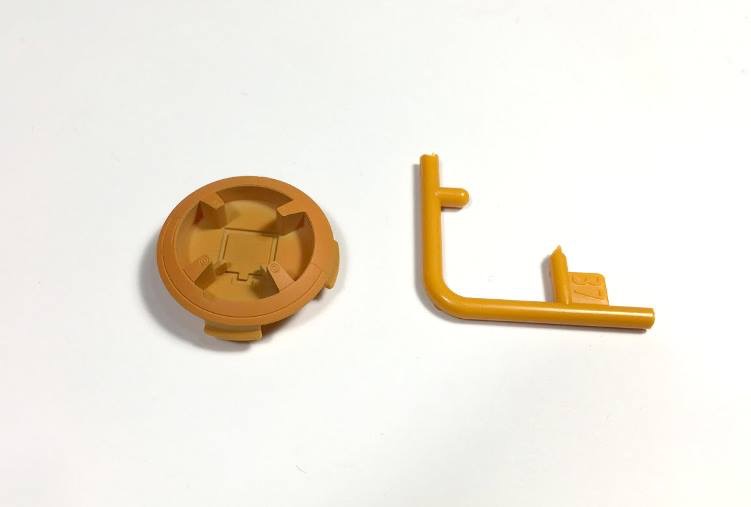 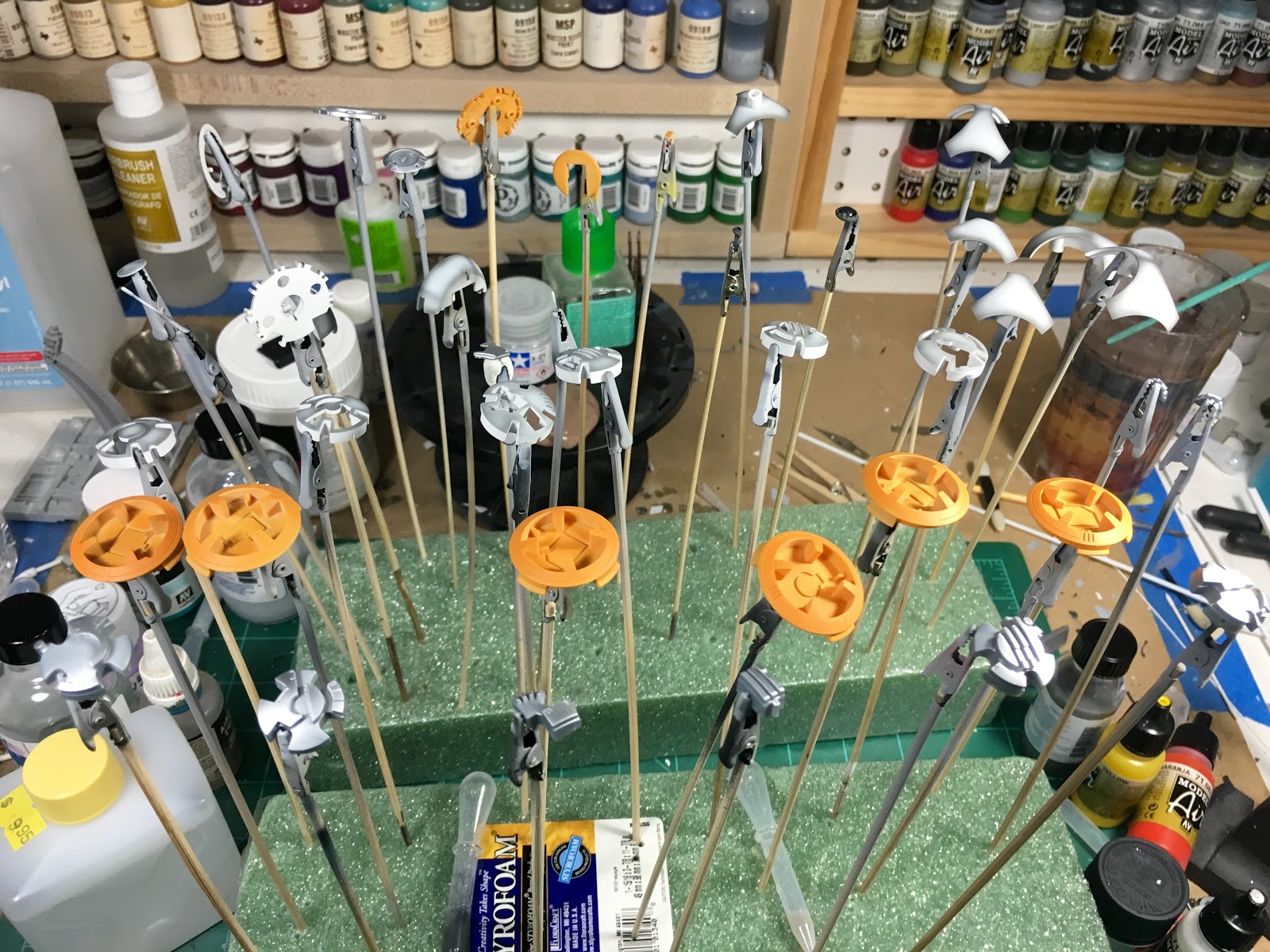 It's hard to tell from this picture, but all of the white parts have been given a light preshade with some excessively thinned Tamiya German Grey (XF-63). I was on the fence on whether or not to do this, but I decided to should help give the model a little more depth and serve a nice starting point for the weathering since it seems to be predominately located on the edges of his various panels. A little more visible in the picture are the metallic pieces, which look absolutely incredible with the Alclad II Aluminum paint on them. I couldn't be more pleased with how they turned out!

I mixed up a warm off-white to serve as the base color for BB-8. I mixed Tamiya Flat White (XF-2) and Buff (XF-57) at a 12:1 ratio and added a tiny brush-load of Neutral Grey (XF-53) to the color cup of my airbrush. All of the white pieces were given a couple of light coats and I made sure to allow the preshade to show through ever so slightly. In the first picture, you can also see his two "eyes" (or photoreceptors as they are called). The kit comes with decals to cover the outside of the large "eye," but it's nearly black, which is not correct to the filming puppet. I masked off the lenses and sprayed the surrounding area with Tamiya German Grey (XF-63). I'll give them a slight drybrush with Tamiya Gunmetal (X-10) to give them a worn look before I put them on the model. 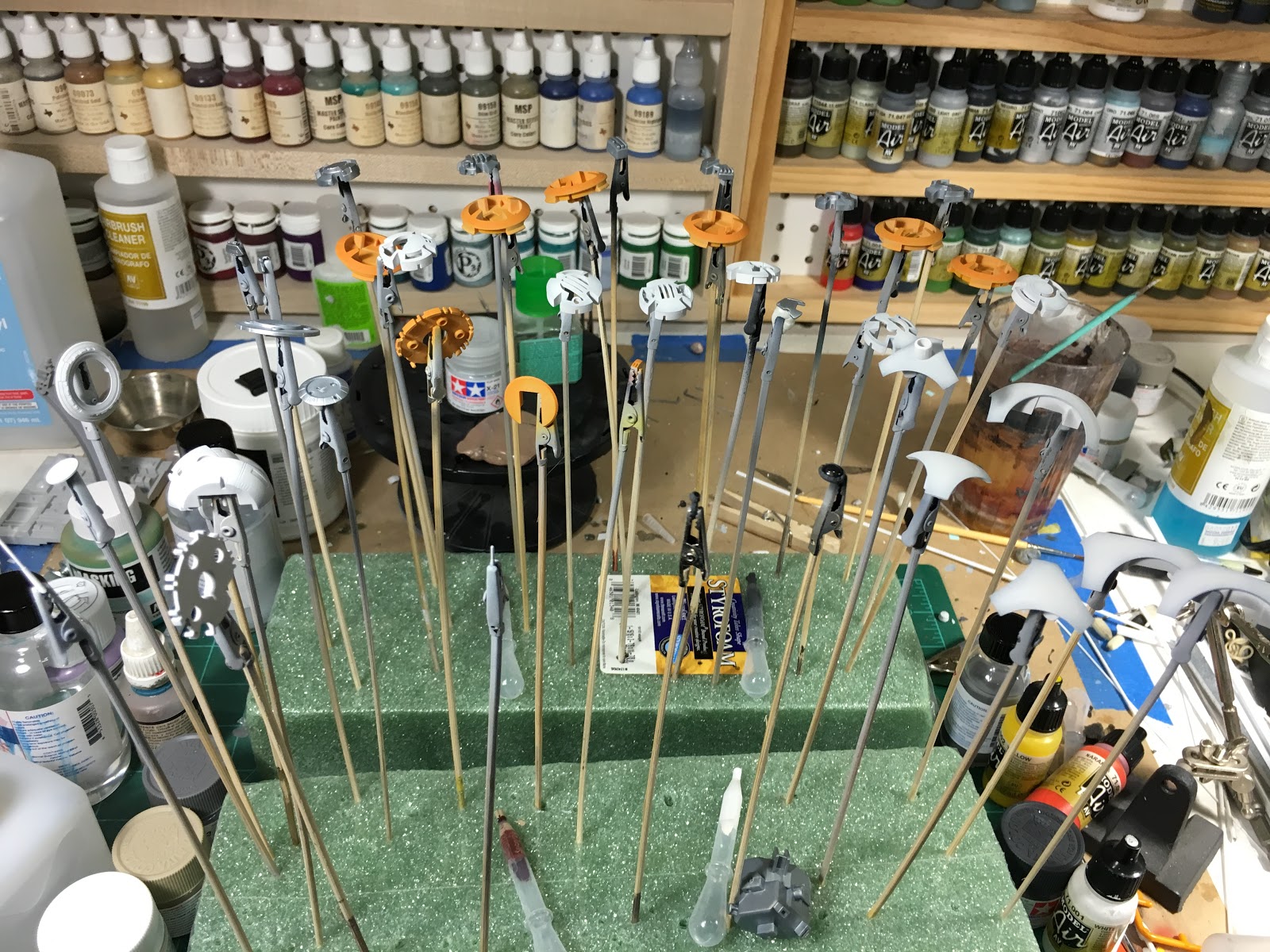 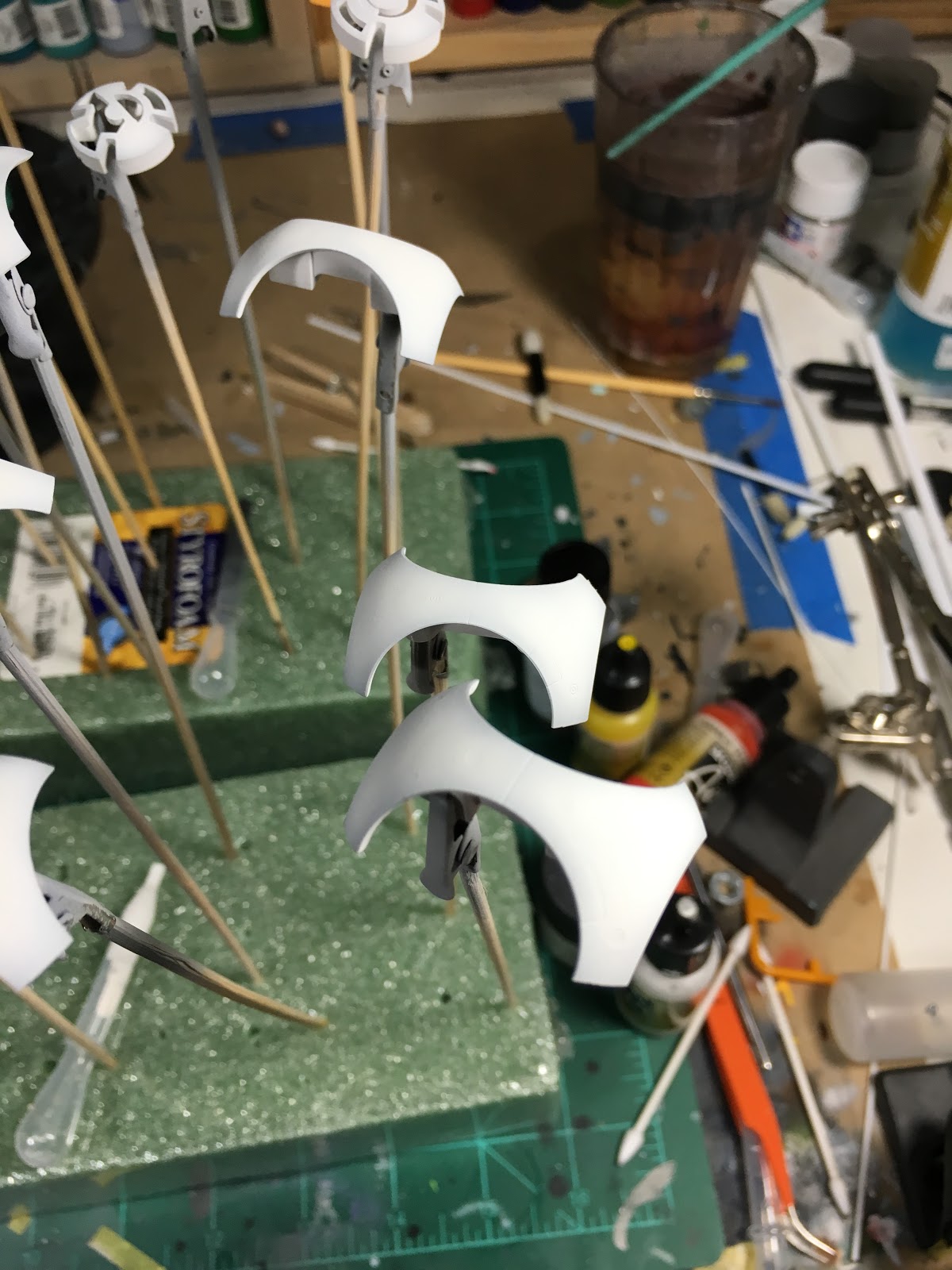 I gave everything except for the metallic parts a coat of Future in preparation for an oil gunk wash. I assembled the head, leaving off the metallic parts because they don't need to be coated with Future (it detracts from the finish). It fit pretty nice and looks good, but there is a seam on his right side that doesn't match a panel line like the seam on his left. I don't really want to fill it now that the parts are painted, but it's going to bother me if I don't so I'll probably end up doing it. It's a pretty small seam and it shouldn't be too hard to make it look nice. 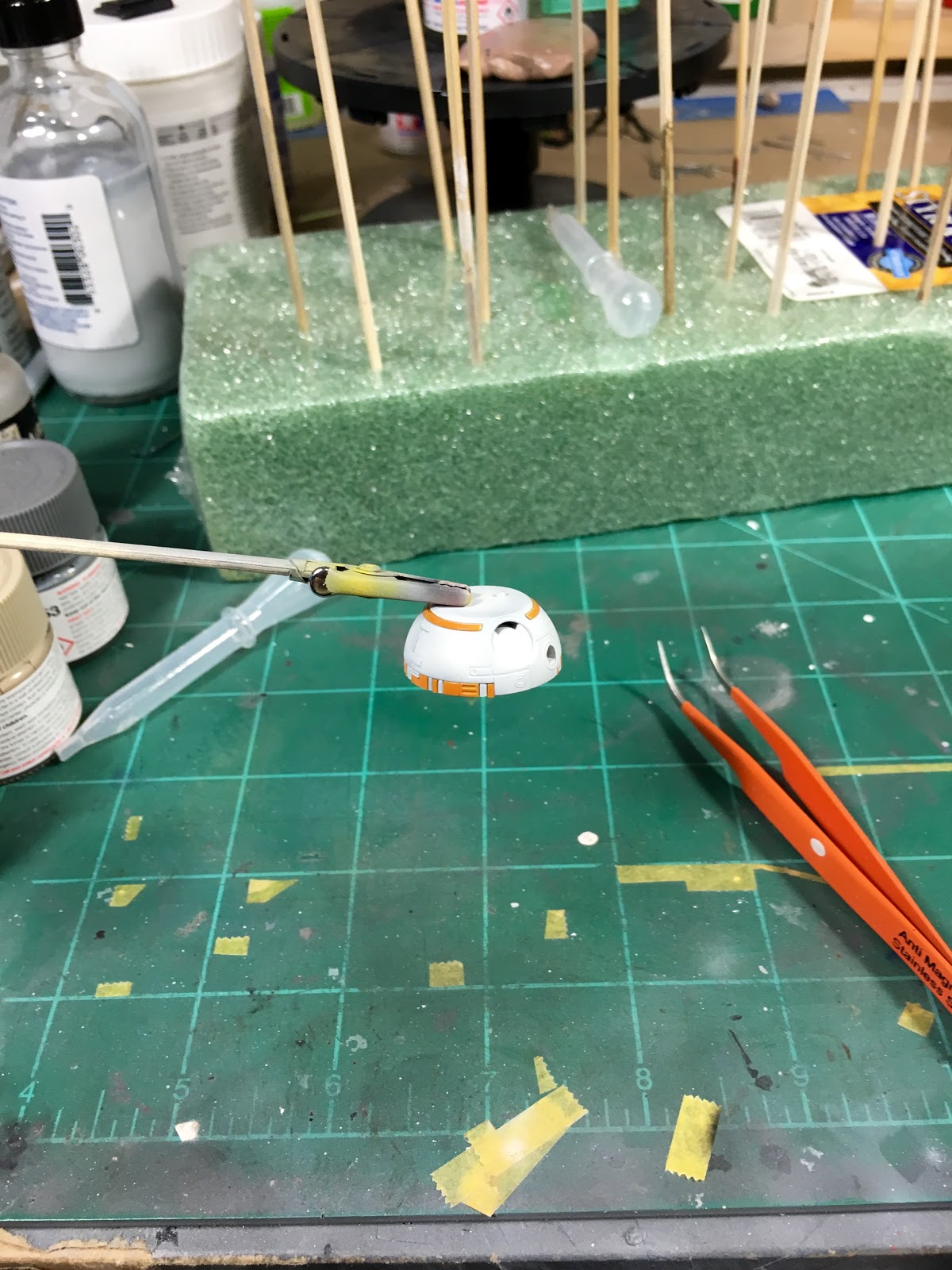 So far that kit has been quite a fun build and it has helped get the modeling juices flowing again!
Top

I really need to get some of the Alclad paint
If you have a tool and aren't aware of what it can do, its dangerous. A jedi can do amazing things with a lightsaber. A roomful of chimps with lightsabers... would get messy.
Top

blakeh1 wrote:I really need to get some of the Alclad paint

Yes you do! They're finish is second to none but they can be annoying to use because the surface has to be completely free of any imperfections.
Top

My first model kit of 2016 is done! It was a nice way to jump-start the modeling juices after I spend most of December horribly burnt out. The only weathering I did was to give him a gunk wash of 502 Abteilung Starship Filth; this was done on top a satin coat of Future. I opted to keep that finish because it is accurate to the filming puppet. I might add some pigments here and there, but I'm going to leave the weathering as is for now. 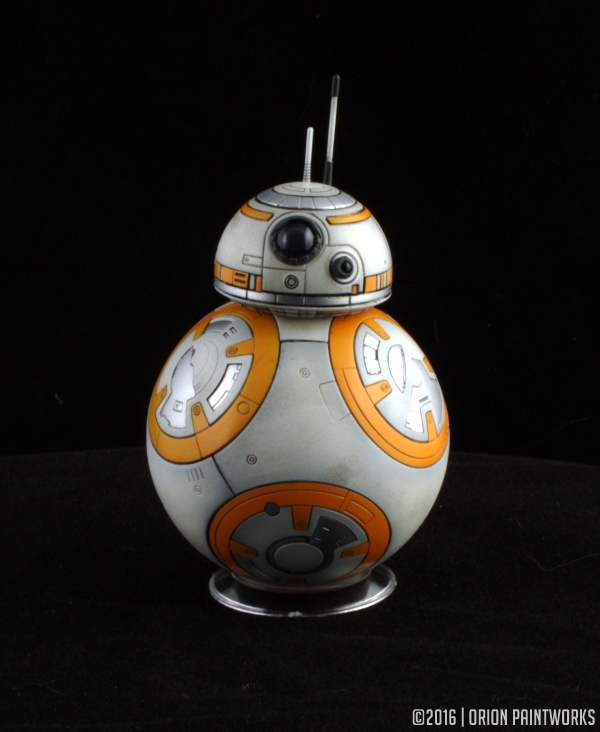 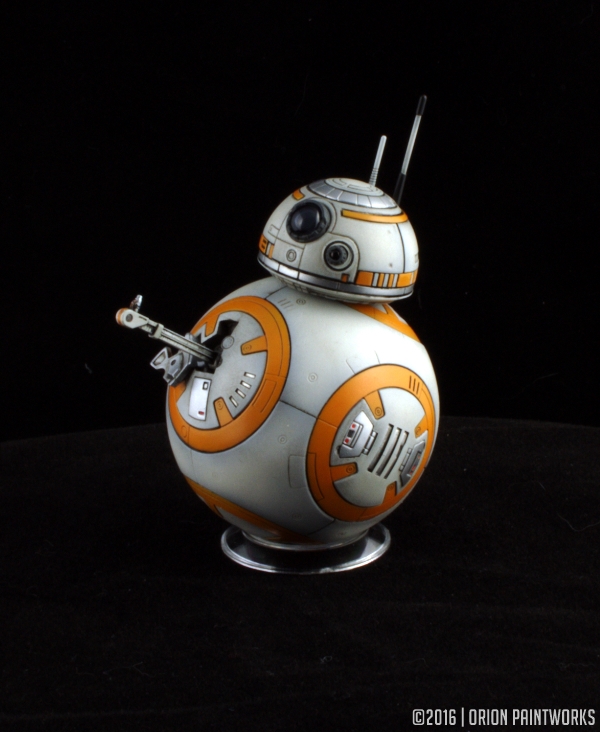 The Result is amazing and really a inspiration for me
Top

Great work! Awesome paint job. This little BB-ate unit sure is growing on me.