Hi all, continuing on my thread from the CG WIP section, here's the physical build-up of my 1/72 New Republic V-Wing from the old comics/video games. This will be available as a 3d printed kit sometime in the near future. I don't have much in the way of build progress, but I promised myself I'd post something tonight!

First off, complete set of parts (including a pilot figure!). Two engine bells are included- one that is meant to fit a 5mm LED and one without. 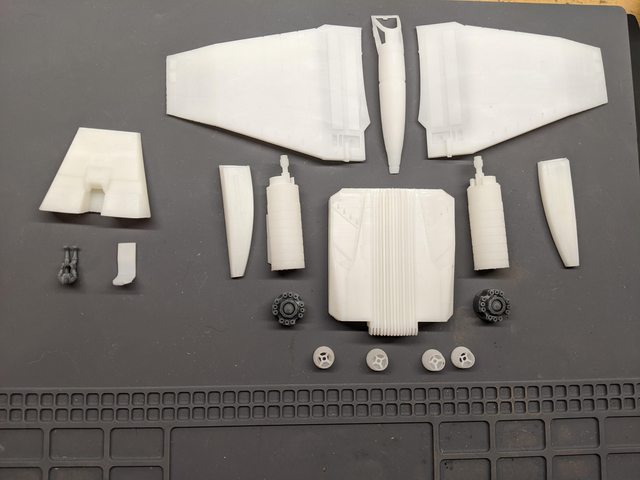 Closeup on the pilot. I commissioned the pilot model from emad_nabil_27 on Fiverr, he did a good job! I'll have a few other pilot poses available for sale as well. 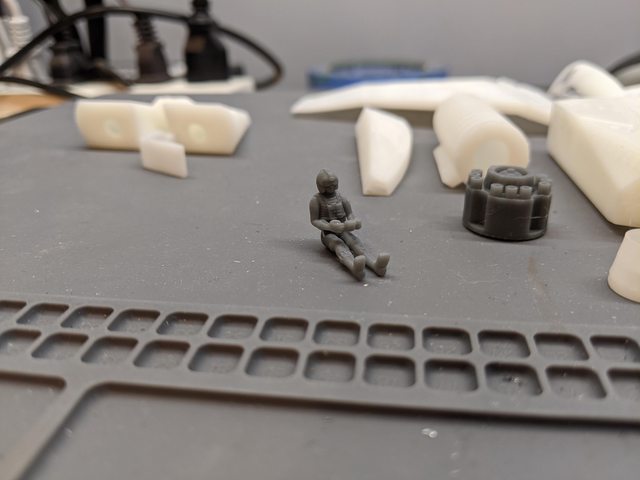 The grey pieces were printed in a special high-detail (but more brittle) resin. I originally got it for the pilot and other 1/72 figures I have, but I think most of the kit is going to use it because the details are staggering. All this experimentation is why this project is taking so long- but it's in the pursuit of creating the best quality kit I can! 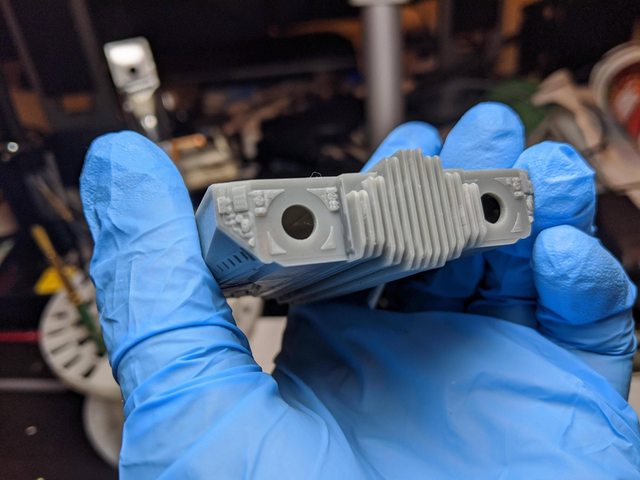 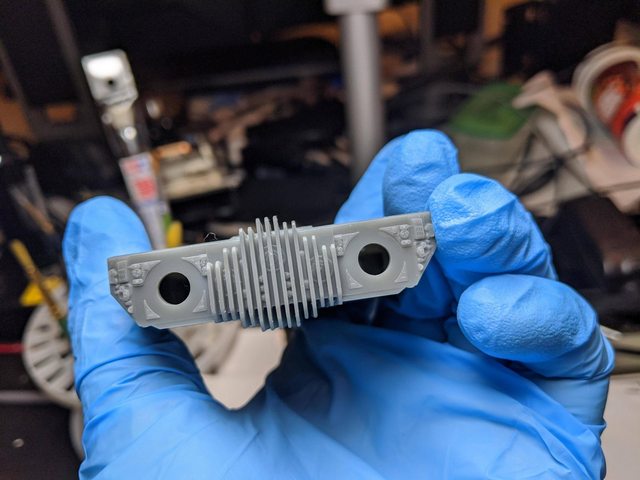 Now onto the actual build! Since this is a 3d printed kit, there will be some sanding involved. First I re-scribed some of the smaller, shallower panel lines so I wouldn't lose them from sanding. Then I lightly wet-sanded the major flat parts with 600 grit sandpaper. These parts are now off to be washed with dish soap! 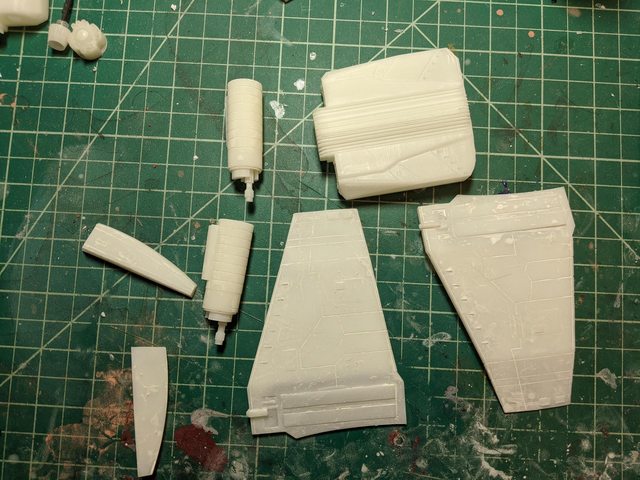 That's all for tonight! I should have a meatier post later on this week.
Top

I'll have a more substantial update tomorrow- base coat is down on the wings and body so I can start masking and doing panel colors. For now, here's my pilot- 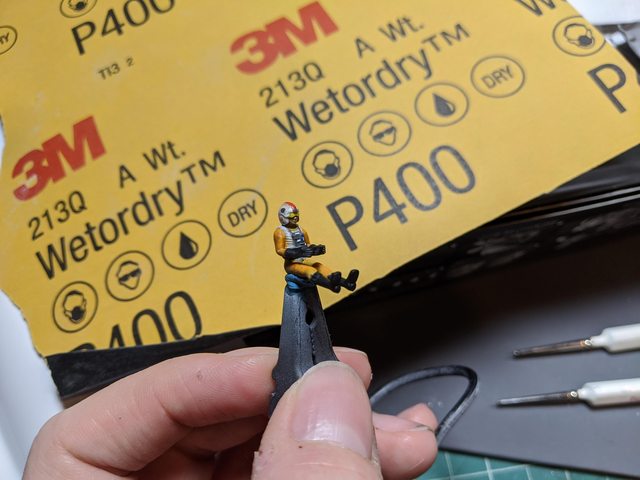 I'm not great with figures, but this guy came out alright. The detail of the print is very nice- you can even see the smile!

Looks fantastic!
If you have a tool and aren't aware of what it can do, its dangerous. A jedi can do amazing things with a lightsaber. A roomful of chimps with lightsabers... would get messy.
Top

Wing update! I need to clean up some things but it's coming along

Can;t wait to see the rest!
If you have a tool and aren't aware of what it can do, its dangerous. A jedi can do amazing things with a lightsaber. A roomful of chimps with lightsabers... would get messy.
Top