So I took a few "glamor shots" of the model on an unused Death Star base. The actual base I'm going to use is going to be made of wood and painted to resemble Poe's flight helmet. The pictures aren't the greatest; I switched to using this grey seamless backdrop and didn't really make any adjustments to my camera settings. They're underexposed and it makes the chipping on the black hard to see because it was already pretty subtle to begin with. 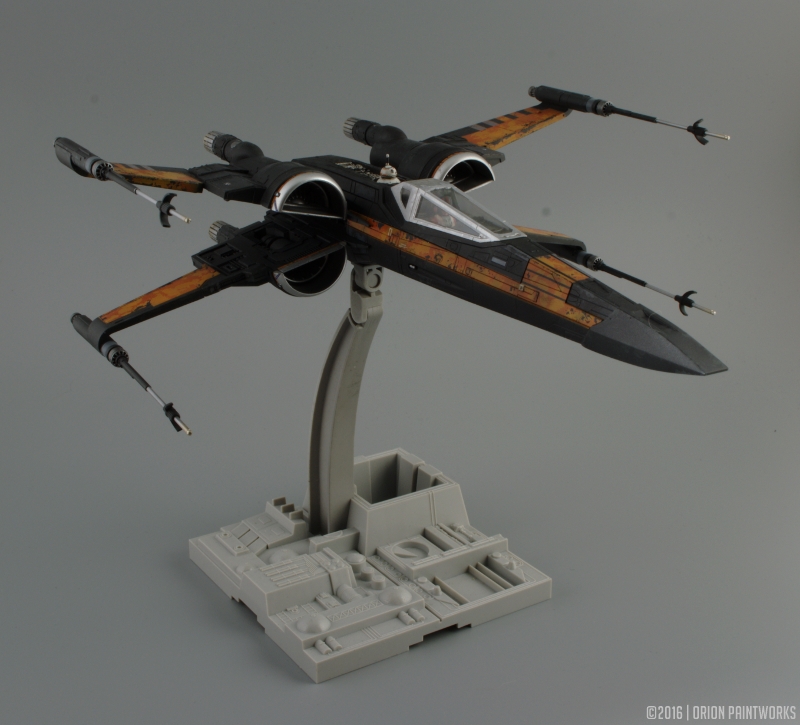 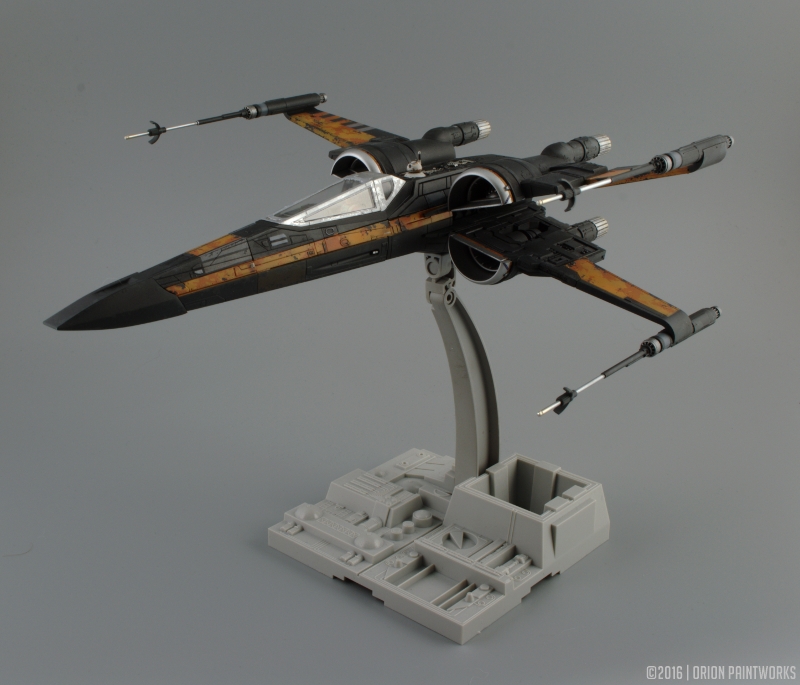 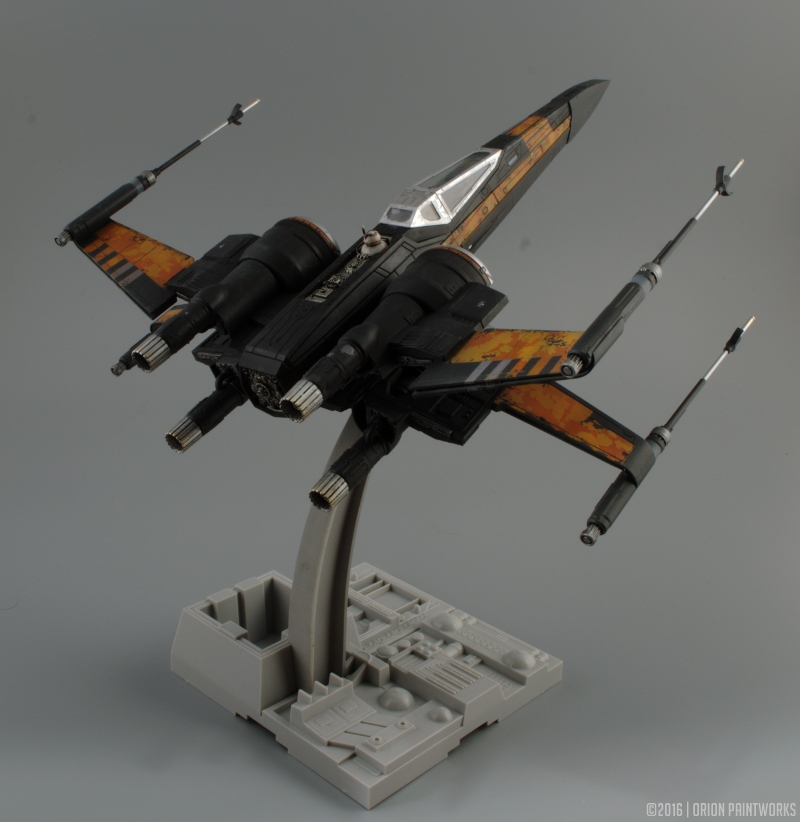 I love what you did with the paint on this!
Photobucket Gallery: http://s1246.beta.photobucket.com/user/dano985/library/
Top

Niiiiiice! Great build you have going. Love the "paint wall", too.

Need to build 30 models per year until I'm 90 to clean out the stash. Time to get cracking!
Top

Wow!
Great work on this one!!!
It Looks real nice, and I love the weathering.

Great Job.
"I've got a bad feeling about this"
Top

I'm not really a fan of the new x-wing, but yours looks great. I particularly like the mottled look of the orange.

I still haven't seen TFA, and I wasn't interested in this kit, but your build is just incredible. Now I want one.

Thank you everyone! This build is now complete and the finished model can be found in the "Finished Work" subforum!
Last edited by ScootyPuffJr on July 9th, 2016, 10:36 pm, edited 1 time in total.
Top

Peace is a lie. There is only passion. Through passion, I gain strength.
Through strength, I gain power. Through power, I gain victory.
Through victory, my chains are broken. The Force shall free me.
Top
Post Reply
21 posts