This is my Kessel Run Kits 1/144 Desert Creeper kit. A lot of folks have contacted me recently, so I decided to bring the kit back, and since it will be available in a couple of weeks, I thought it would be nice if I finally finished my build of it.

Can't believe I'm finally going to finish this after being put together, sprayed with a base paint of Tamiya Hull Red, and stuck on the shelf about 4 years ago. Didn't have the skills or possibly just the nerves to try to paint it up right. Thought it might look stupid if I tried to weather it. The nice thing about this kit, is that the Crawler is supposed to be messy, so I suppose this is the best kit I could cut my teeth on with weathering.

At the moment, it looks more like a large version of the MicroMachines toy. Next step I suppose is to make it dusty, and then use some of the MiG washes before I dab on the orange and white blotches. 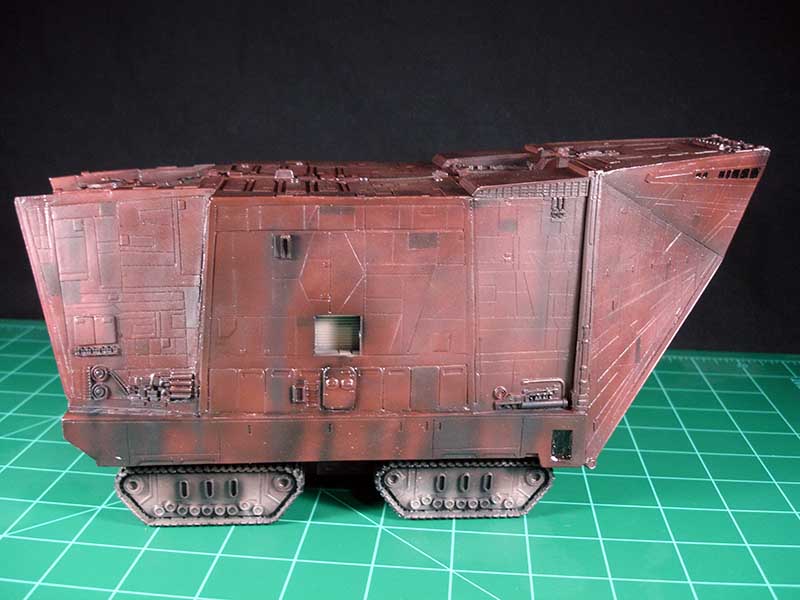 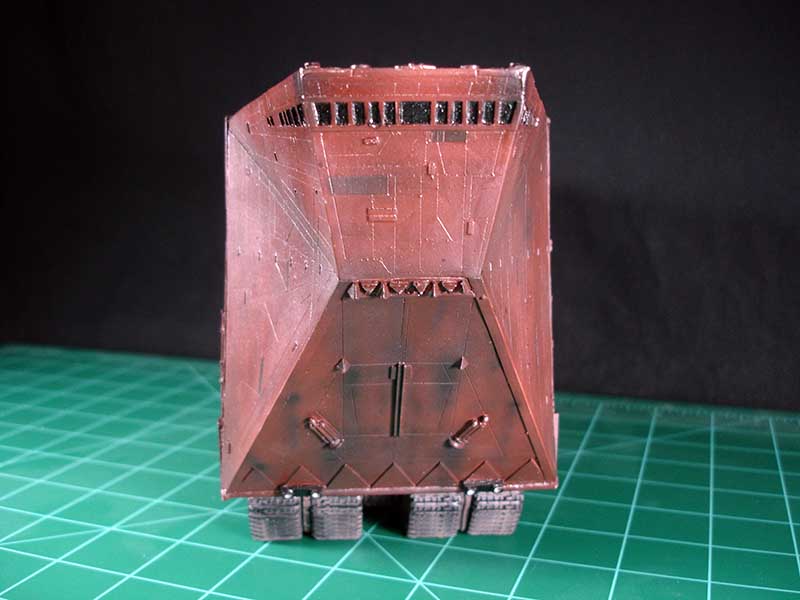 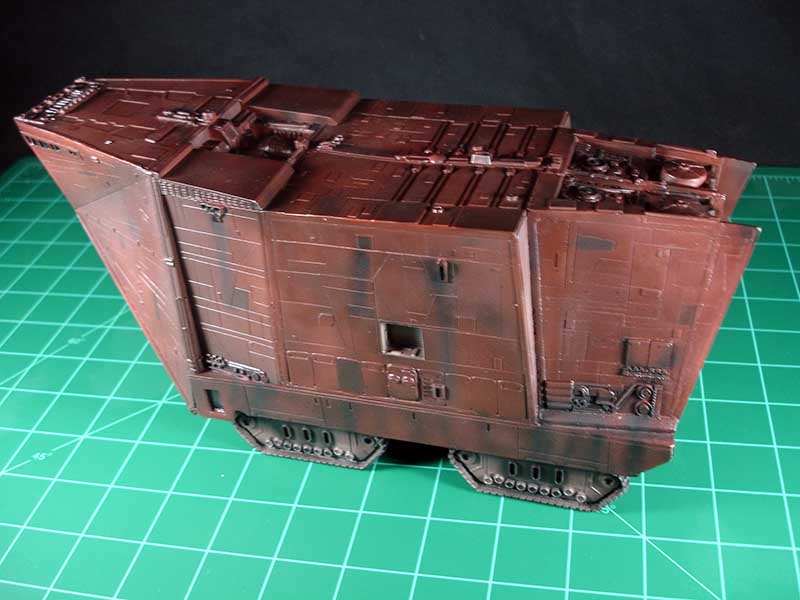 Very cool! What is the size of it at that scale?
Top

First time using washes, and I have mixed feelings. I think it will look fine once I add the orange and white blotches, as well as some other details. This in-between stage just looks a bit odd. Now, off to find a sponge I can cut up and use for dabbing. 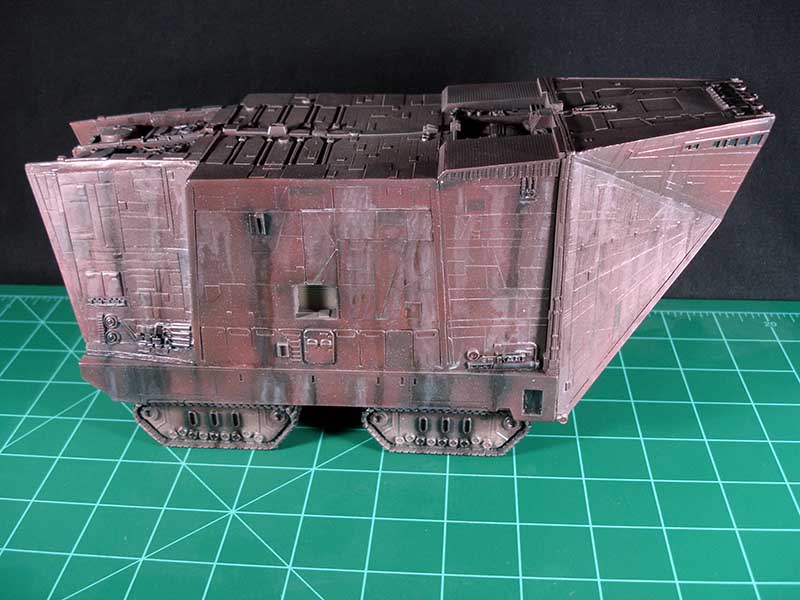 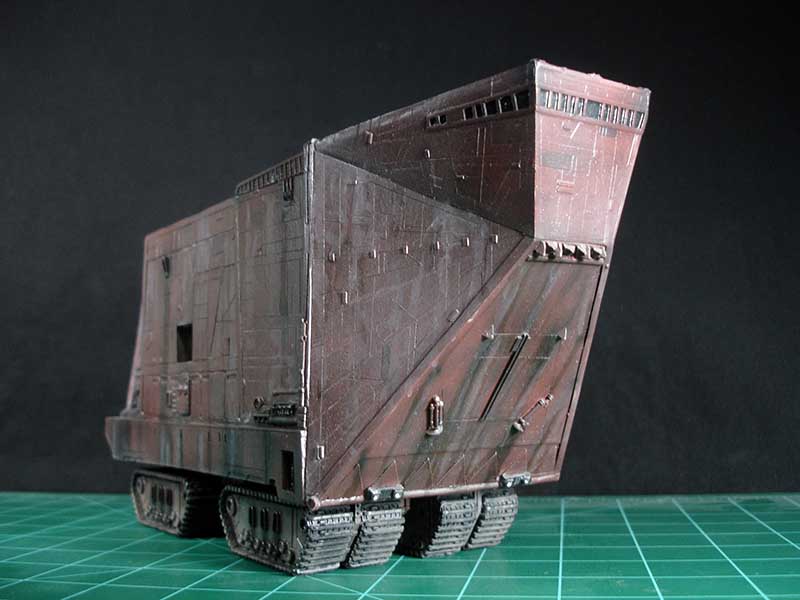 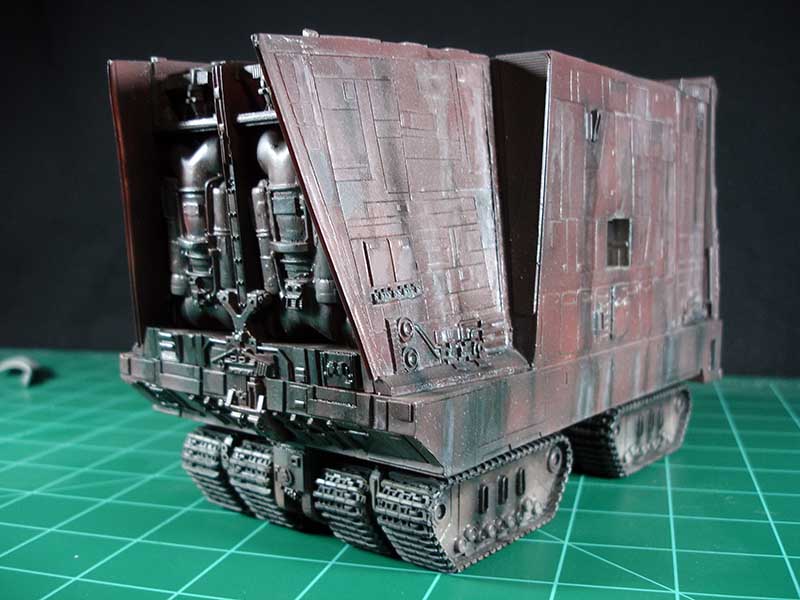 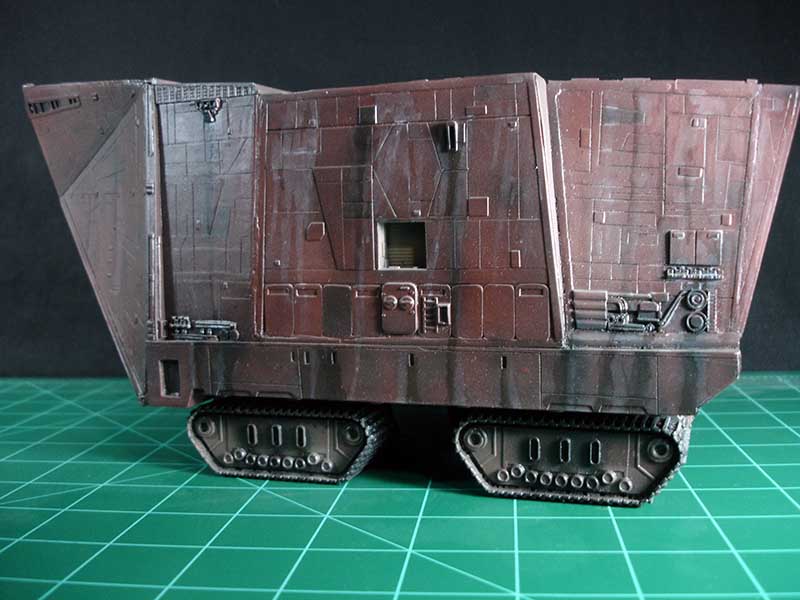 Walmart (in the art and craft aisle) and dollar store have natural sponge (the living organism), the random pattern of natural sponge works better than the synthetic one.
Top

Walmart (in the art and craft aisle) and dollar store have natural sponge (the living organism), the random pattern of natural sponge works better than the synthetic one.

Thanks for that tip! I was about to get the old standby yellow sponge to cut up, but you're right about the natural pattern. I'll get one tomorrow.

I missed out on this kit in the past, I'm buying when you have them in stock again!
Top

I think it's done now, but might tweak a few more things. For instance, the oil streaks on the front ramp aren't exactly straight, so I may try to correct that if I can. The photo in the first image is one I got from the interweb that someone had taken of the studio model, and I used that as well as other photos from that person as reference to paint my kit. It's not a perfect representation of the studio model paint job, but it's pretty close. I'm very happy with what I've got so far. 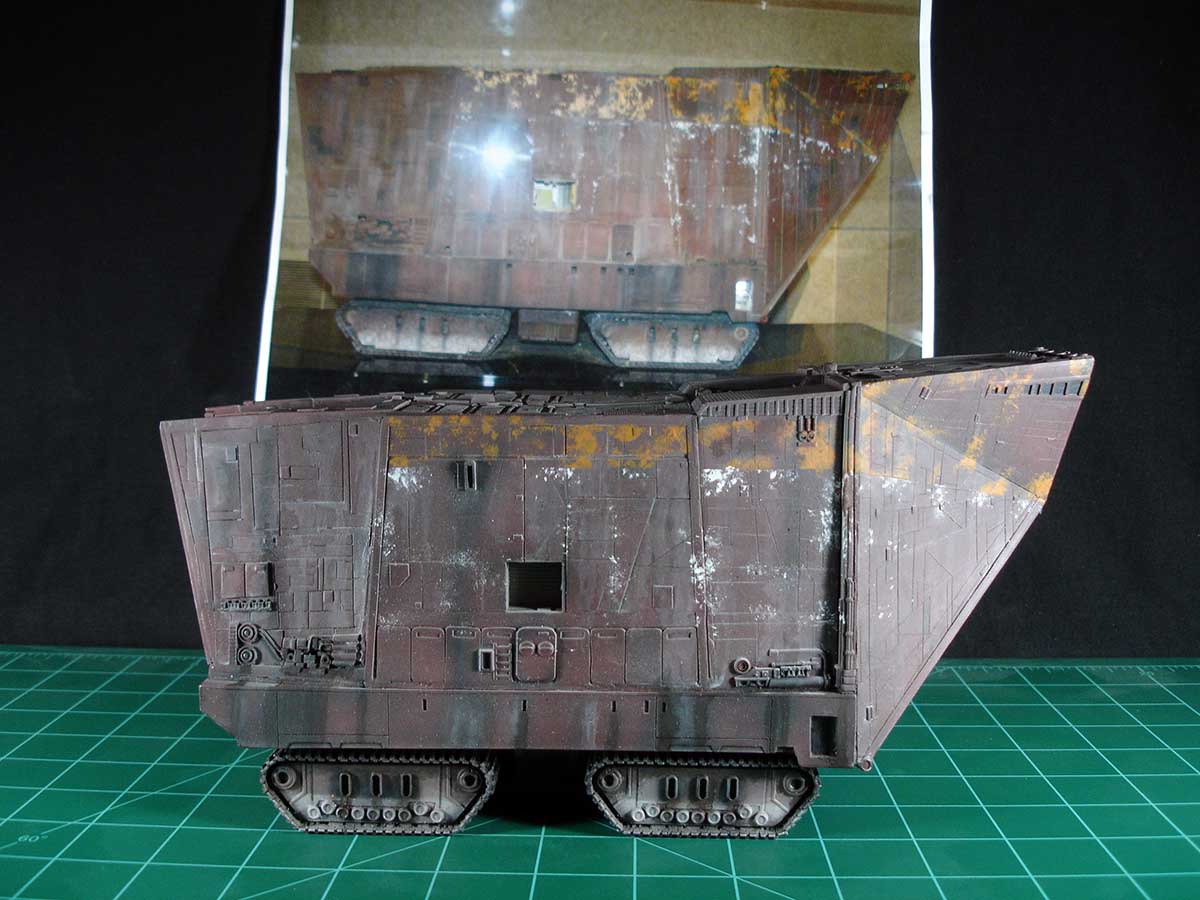 The orange blotches were done with a fake sea sponge that cost $2.00 at WalMart, and I cut off some smaller pieces to dab the paint on. The white blotches were done using an old toothbrush and carefully applying the paint by lightly touching the bristles to the model. After I sprayed flat clear to seal everything, I decided it needed more oil and grease, so I did that. 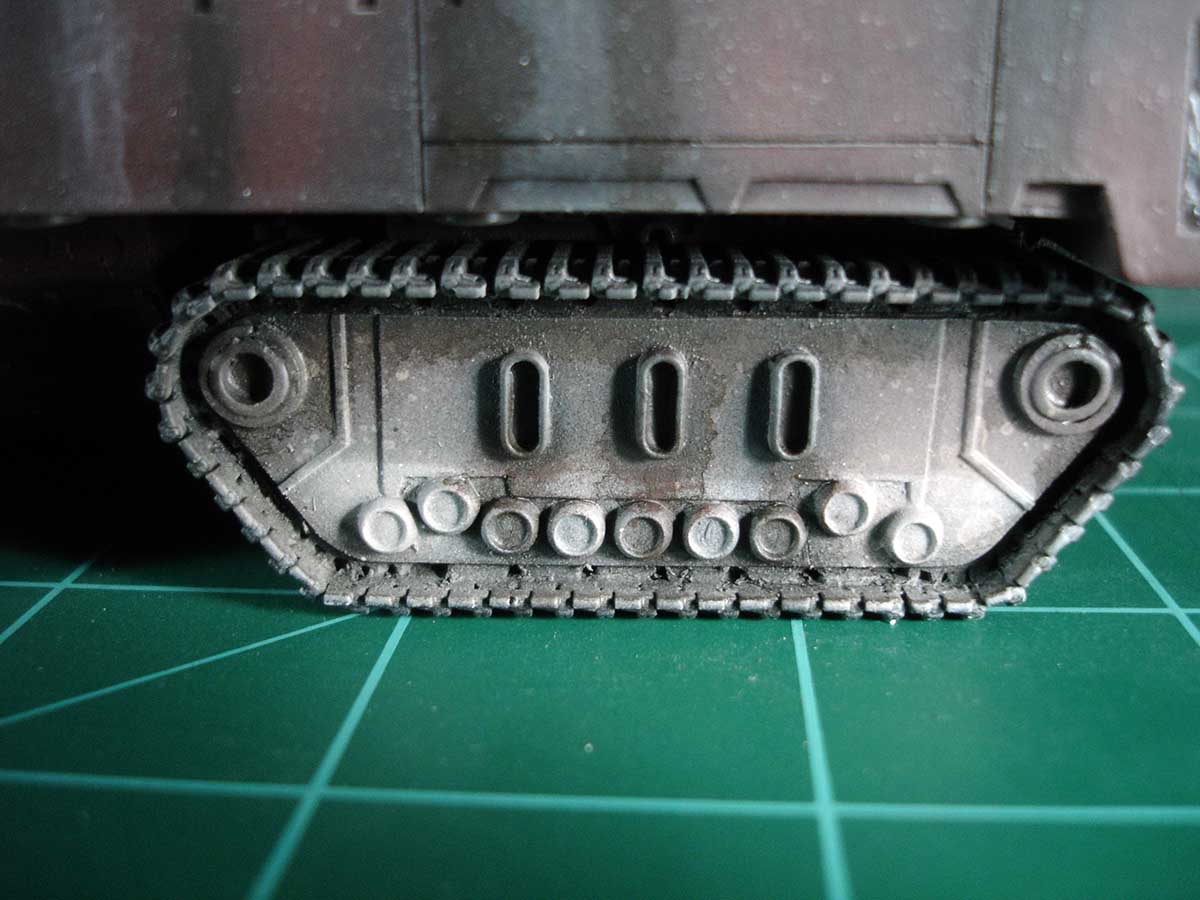 Now that I've finally used them, I am very happy using the MiG washes to gunk everything up. Can't believe I've been afraid of using them, but now I'll probably want to use them on everything.

Not endorsing MiG, as I'm sure other washes work just as well. MiG just happens to be what I have on hand. 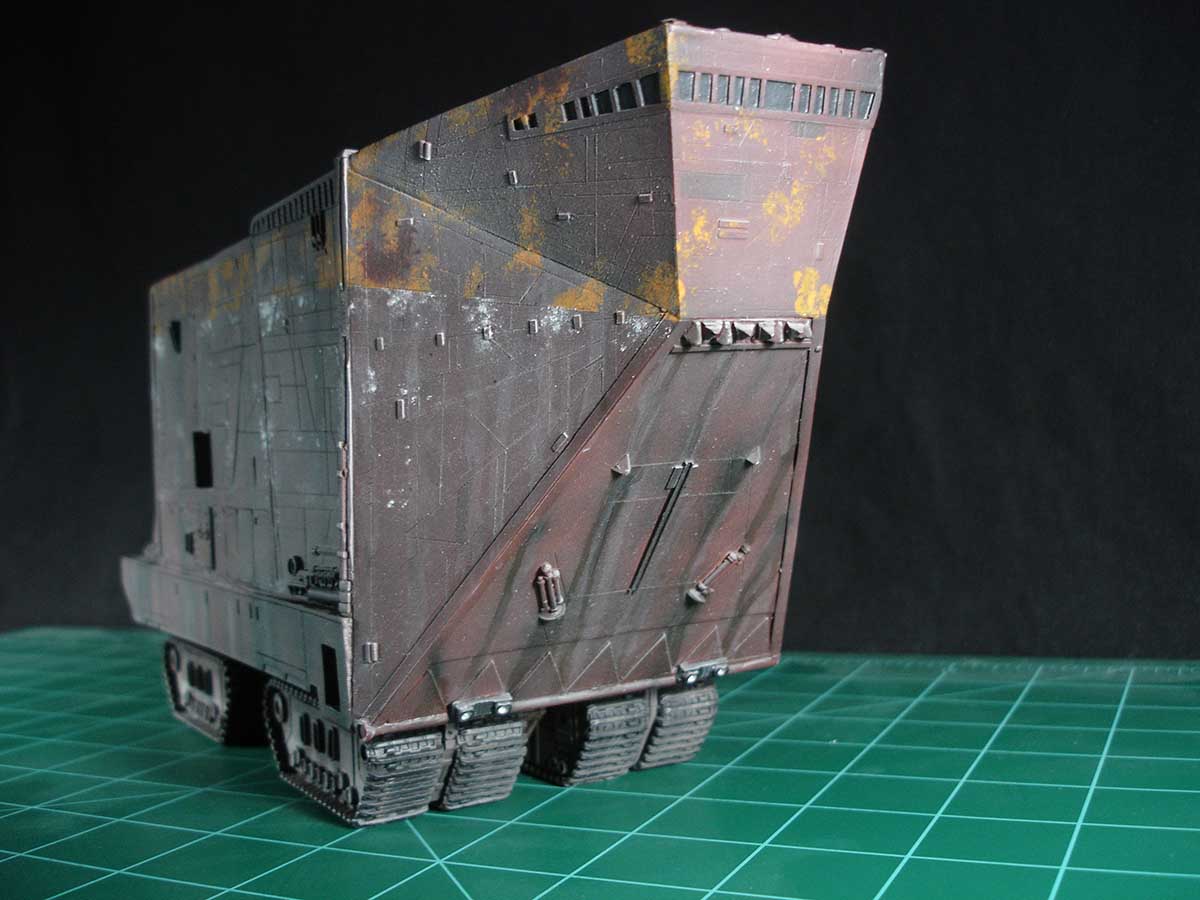 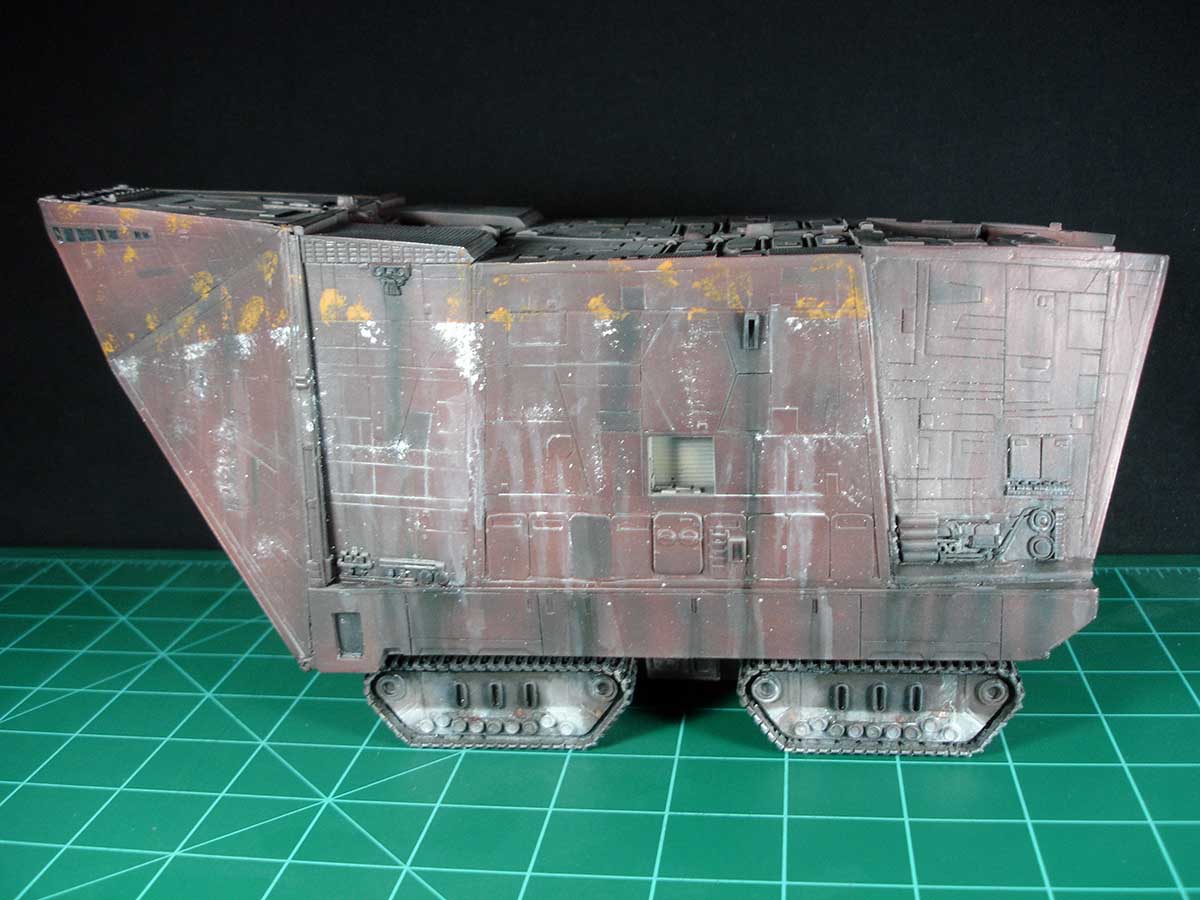 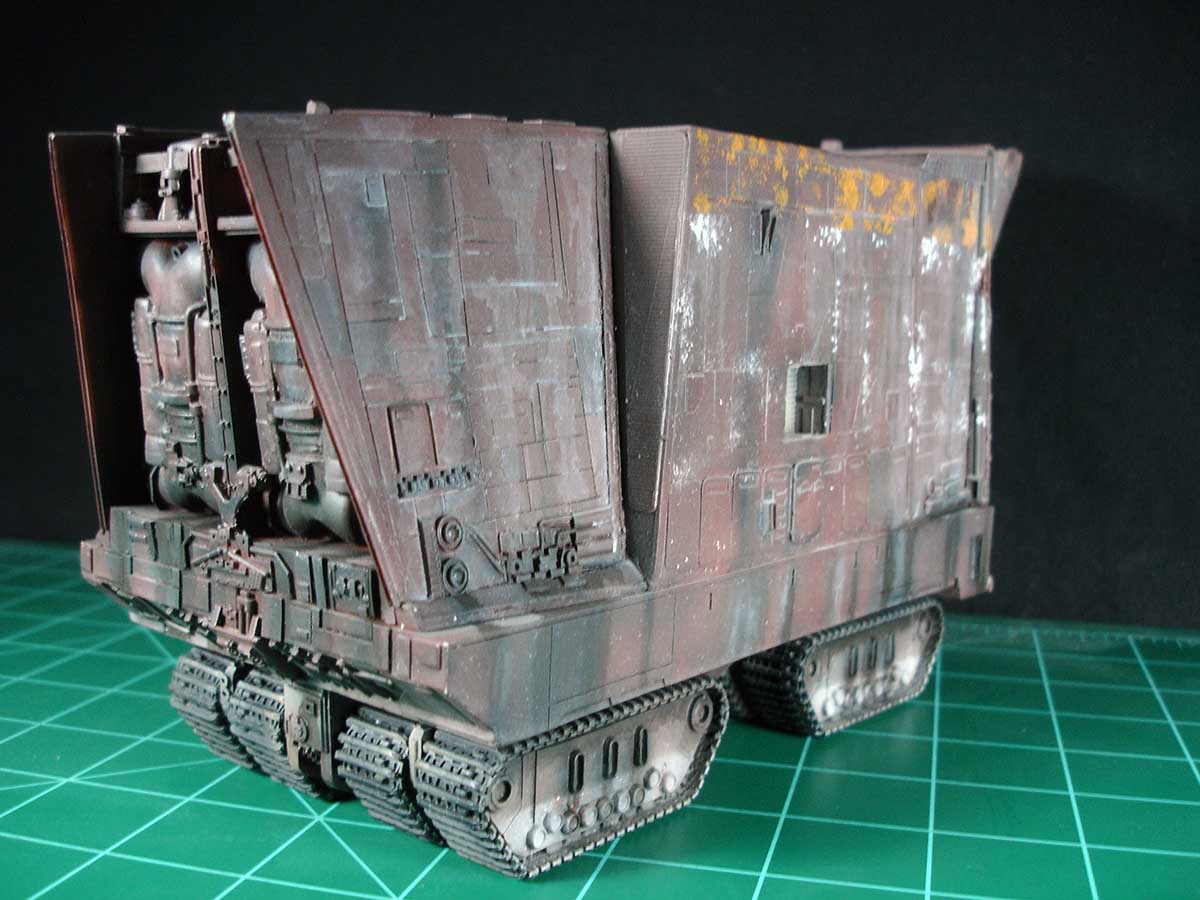 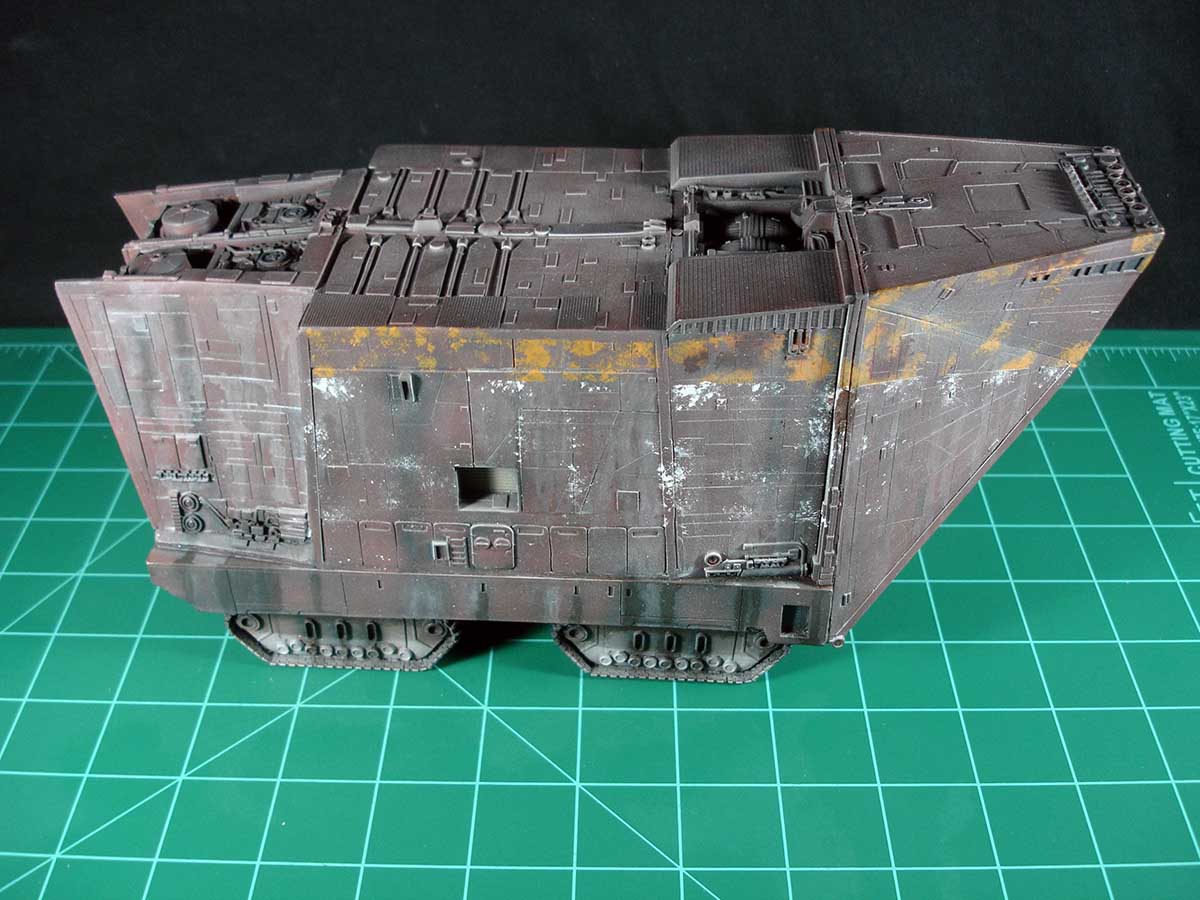 Once I do a little more touch up here and there, I'll retake the photos and post them in the "Finished" forum. Then I'll also make a post in the "Mos Espa" forum letting everyone know that the kit is available again. Should be in about a week if I can get a few more kits put on the shelf first. Thanks for the comments.

Thanks! It was a lot of fun. Now I need to find some 1/144 droids and Jawas on Shapeways. Found C3-PO and R2-D2, as well as a speeder, but nothing else so far. I'll check for free files somewhere and upload what I need to make a full diorama for my shelf.
Multi-Verse Models - http://www.mvmodels.biz or find me on Facebook
Retail sales of kits from Design Anomaly, Kessel Run Kits, NorthTrek Creations, Alternate Paradigms, and more!
Top
Post Reply
14 posts