I realized I was dissapointed in the lack of posts here lately, then I realized that I haven't been helping by NOT posting anything. Then I realize that I posted this in ANOTHER forum, so without further ado, I repent, and thus post it here as well.

First: the concept. After the R1 series droid was a small success for Industrial Automaton, they set out to improve upon the design, taking into account the complaints and suggestions galaxy wide. They set about making several prototypes including the R1b and R2-0 (neither seen here.) Amidst that came the infamous leaked pictures of what was thought to be the final product dubbed the R2 series droid. Toys were already on the shelves based on these images of what was later found out to be yet another prototype. Here is the first and only R2a prototype. 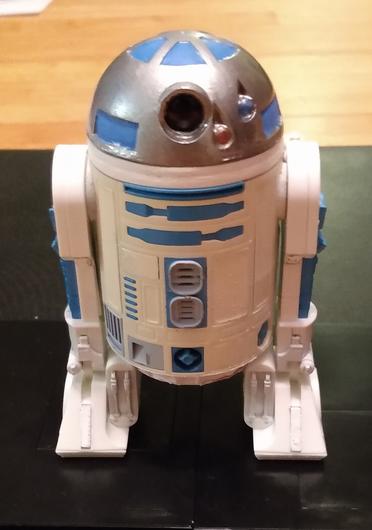 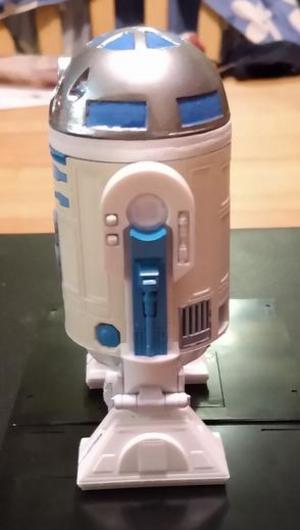 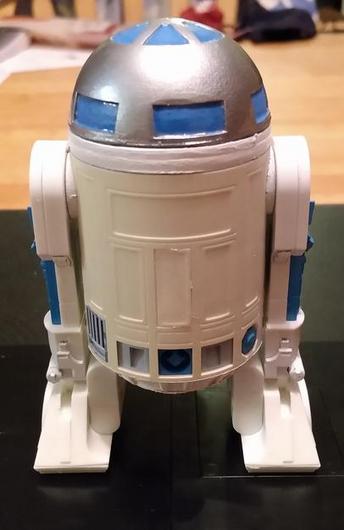 This prototype was without a third wheel, later to be added: 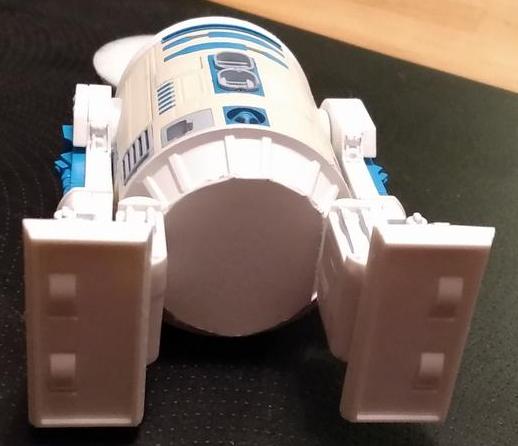 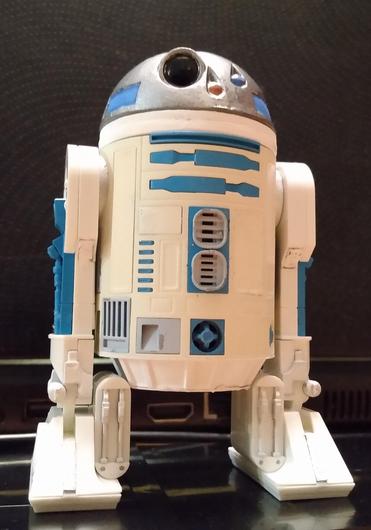 and meeting a new friend: 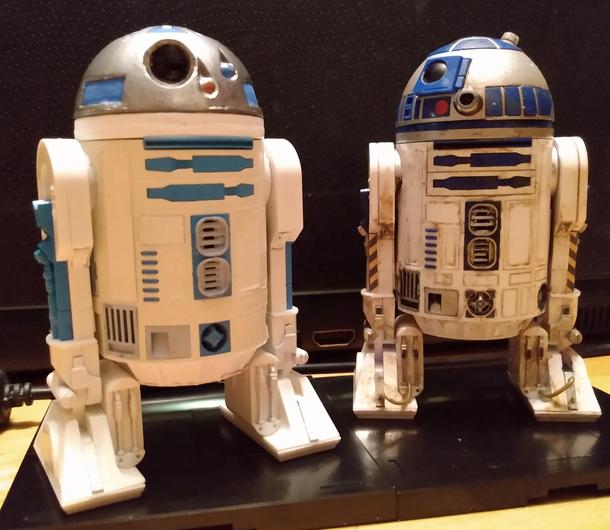 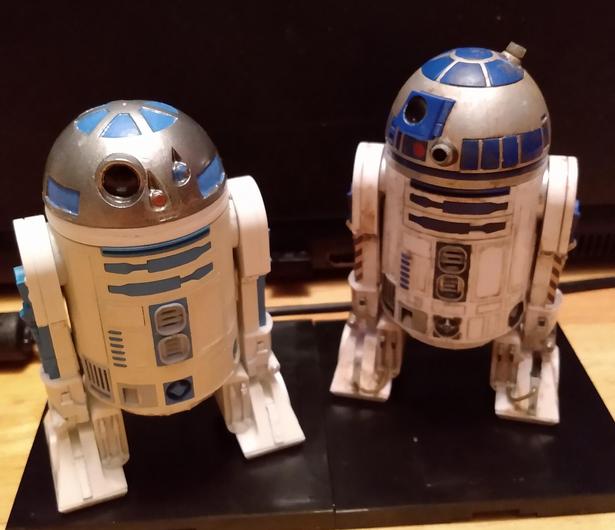 So, obviously, this guy's built from the Bandai kit, with a 3D printed head. I always wondered how the original Kenner R2-D2 could be so off from what he actually looks like, so I figured it needed an "in universe" explanation.

His painting was way more complicated than I thought it would be, trying to make the pre-colored R2 kit look "simpler" meant a lot more painting than I originally realized! This guy was super fun to build - from the off-color center body to simulate the old yellowed stickers, to the "wrong" blue color, to the 3-D printed head. I had to paint all the chrome/silver parts white or blue to match body color, or, where they were represented on the sticker, a grey color as the only thing on the toy that was chrome was the dome itself. The only thing I deliberately "changed" color wise was the eye, which I painted black instead of blue. I figured at least that much was the same.
I also deliberately didn't put the "wires" on his feet as they were not on the toy. I had also thought about scratch building the oval battery thingees on his feet to look more like the toy, but figured that was too much work for now. I may do it later on, as well as maybe scratch a different (more plain) bottom, as he has no third leg.

As much fun as this was, I don't think I've ever had this much trouble with painting things white before. The "neck" (silver and blue on R2) wouldn't cover properly and the blue showed through too much - maybe the contrast between the blue and the silver. Took a bunch of coats with sanding between. Still looks a bit globby in spots, but I'm happy with it. Other parts never quite matched the white of the rest of it. I figured it was just because he's a prototype, so care was not taken to make the whites match perfectly.

And here's another one of his random friends:
(I'm not sure what that has to do with this build but...) 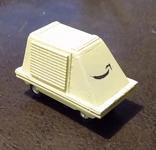 I also have not been helping. On the business side I've been forcing the TREK stuff into the queue, but I really need to get some more Star Wars kits released. Anyway, it's nice to see your take on a prototype R2 unit. These droids are so easily mix-matched with parts, it's kind of strange that we don't see new variants kitbashed more often that we do. Nice!! R2-D2 is a beauty too.

Cute random friend you have there. Looks like Jeff is trying to own everything in the universe.