Another awesome Gonk from JPG! I liked my first one so much I decided to build another based roughly on a toolbox I saw at a place I worked for years.

Gave me a chance to try my hand at learning Blender for a 3-D print, and speculate what might be inside a Gonk "Power" Droid. 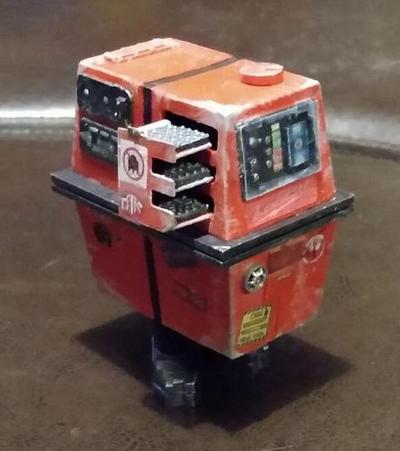 The E-Drawer was a 3-D print I designed in Blender. The thinking that the battery cells were replaceable. The back wall has wires and stuff - of course, it's a case of detailing that you can't see once it's applied, but.... his right foot is turned outward for balace.
Other mods: Took off the two knobs on the right side and put one of them on top. Replaced them with a Boom Box! (Also a 3-D Print) Who doesn't want music on their hanger deck? Or ship repair dock?
Also a hinged pane of glass on the front. He's designed to be tough!
All the decals but one are in Aurebesh (Yes that "faded" one on the front says Milwaukee, and I'm aware one of the decals I accidentally put on upside down - but only geeks will notice!) 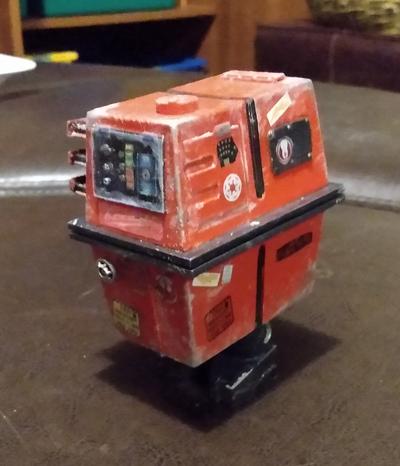 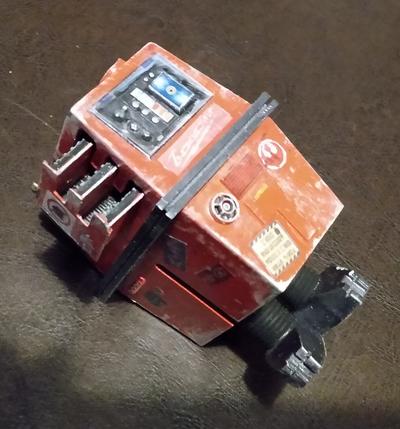 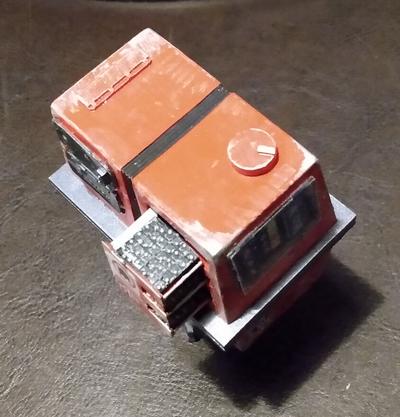 I figure the big square on the front should be some kind of monitor, so the image is "computerey" 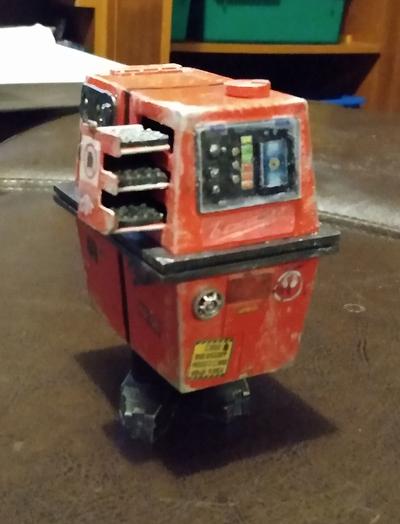 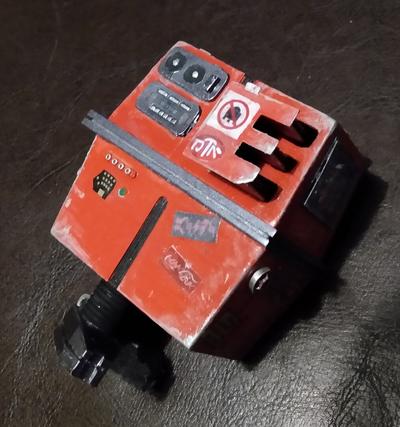 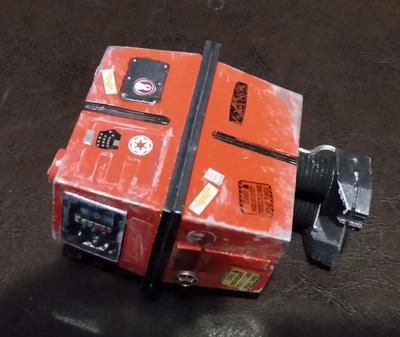 The only decal that isn't in Aurebesh you might recognize: 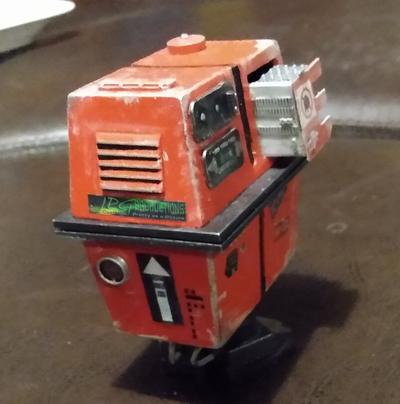 And the dots are 1138 in Aurebesh numerals as well.

A visit from a friend back from the front, offering some Hot Chocolate. 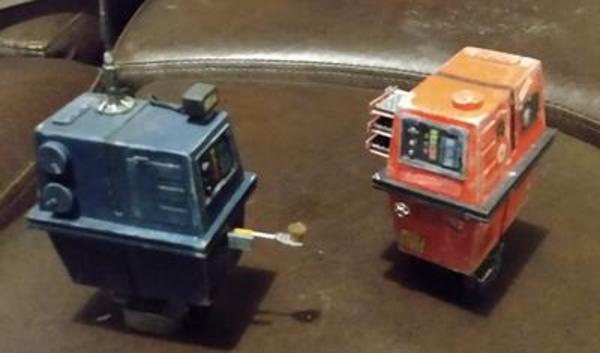 Here's the Aurebesh images I used for the decals in case you wanted to translate: