After years of realizing that I missed out on this kit when it was offered by JPG, "The Jimi" was nice enough to sell me the pattern that Stefan Hacker had mastered. So now I not only get to get to sell the kit, but I built this one to put on my shelf as well, and that's the real reason that I make kits, so I have an excuse to tell my wife why I *MUST* build models.

My shelf and stash are both comprised of Finemolds kits, and I'm not planning to switch to Bandai, so this model is the complete kit that is Finemolds scale, but a conversion kit to work with a Bandai TIE Fighter or TIE Interceptor is also available for a lower price. However, both of the First Order kits will NOT work with the conversion, as they are smaller and the conversion parts will not fit.

Looking at these photos, the viewport is a little washed out and appears to be almost the same color as the main body. However, the viewport is definitely dark grey and the base paint is Tamiya Haze Grey, so I'm not sure why they look like the same color here and correct when seeing it in person. This also shows me that later I might want to add a little detailing to the cockpit ball, because I was so focused on making the tracks look good, that I sort of forgot all about the cockpit.

Grease smudges around the tracks were made with MIG washes that I dabbed on with a brush and then lightly dabbed off with a paper towel. I wanted grease and not oil, so this worked for that effect. On access panels on the inside of the tracks I also used MIG washes and let them run in the cracks and then down to the track treads. I used regular and light colored rust as well as the dark wash. When I was done, I also dabbed all three washes randomly on the surface of the tracks to tone down the black paint.

Decals I created provide the Imperial emblem in black, dark grey (used here), and light grey. That probe thingy on the rear of the cockpit needed something, so I made the four decals to look like something functional, although I don't have a backstory for them. I've only ever seen them painted the same as the hull or black, and that just seemed a little boring to me.

The TIE Crawler was a fun build, but now on to the next kit. 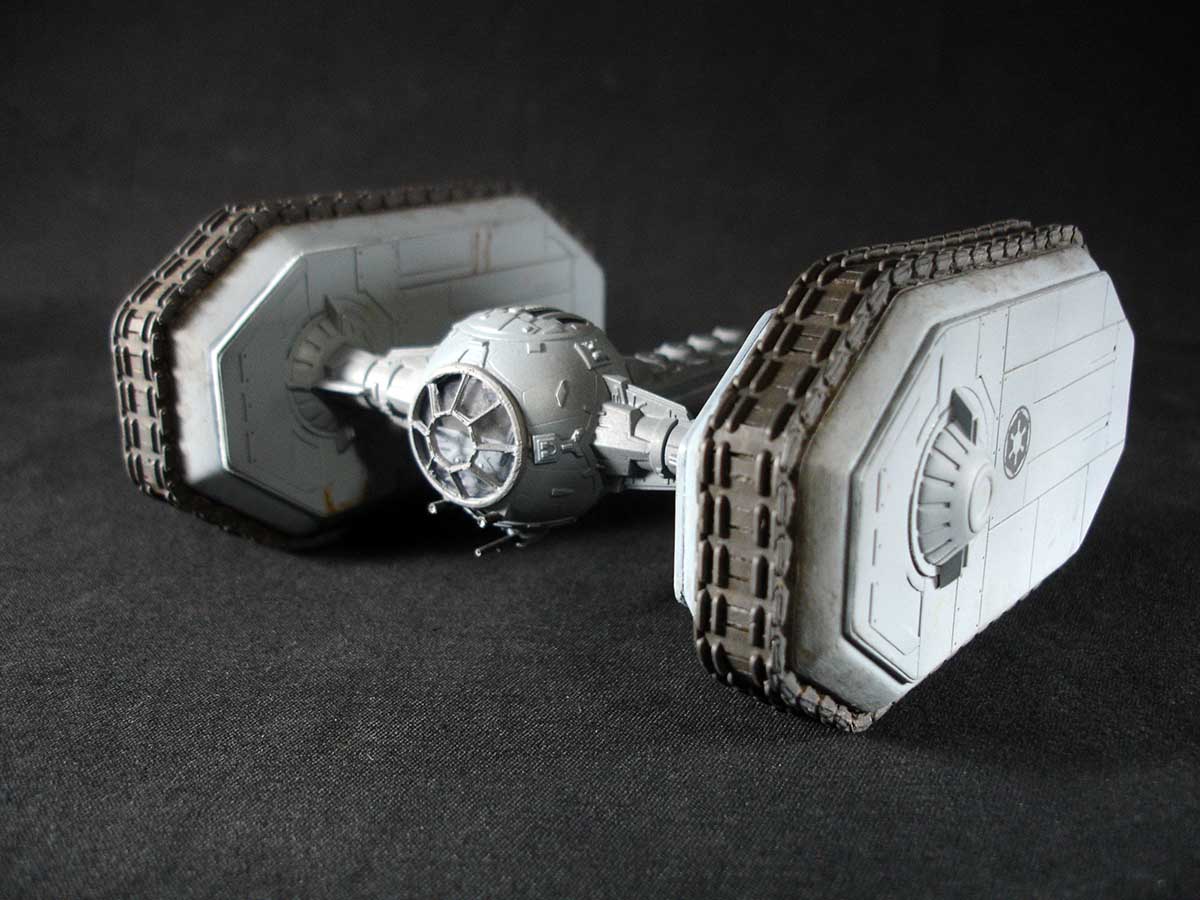 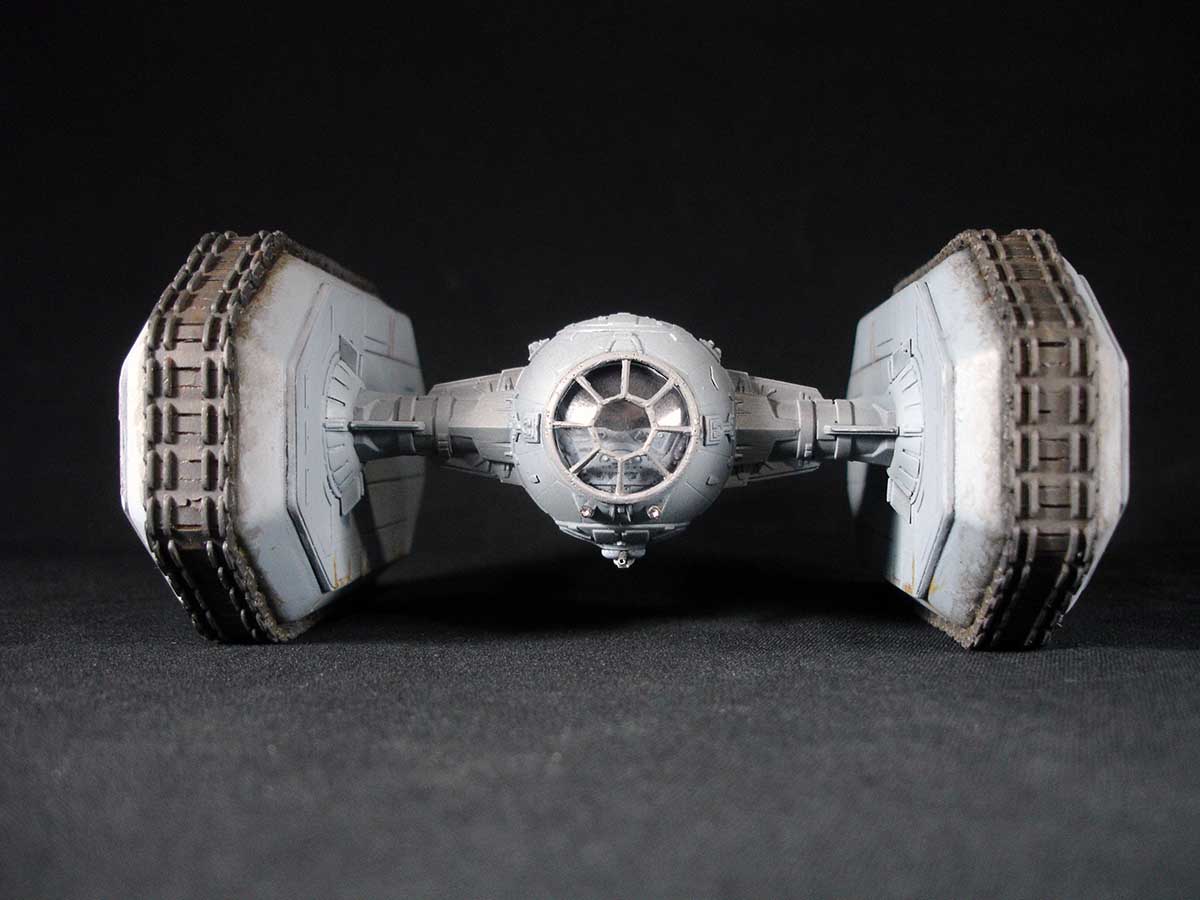 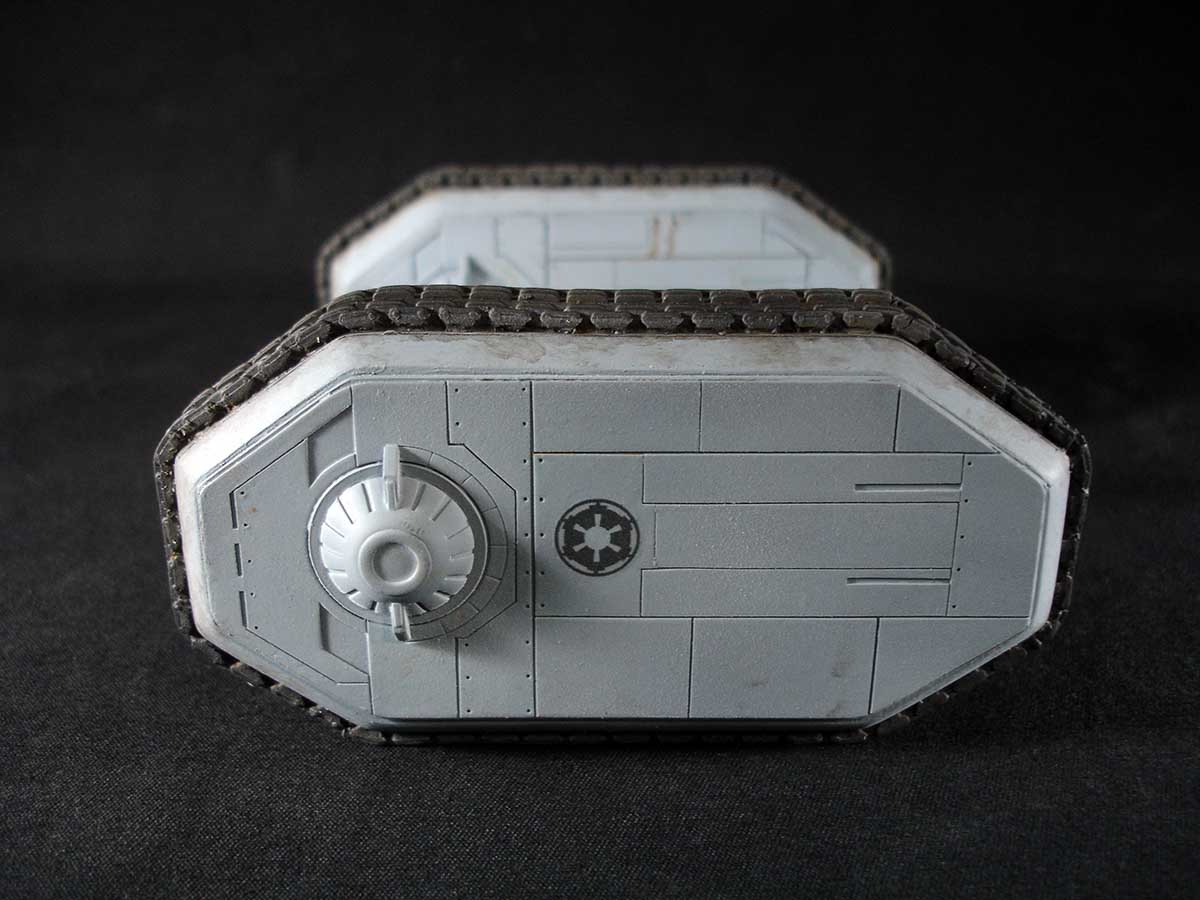 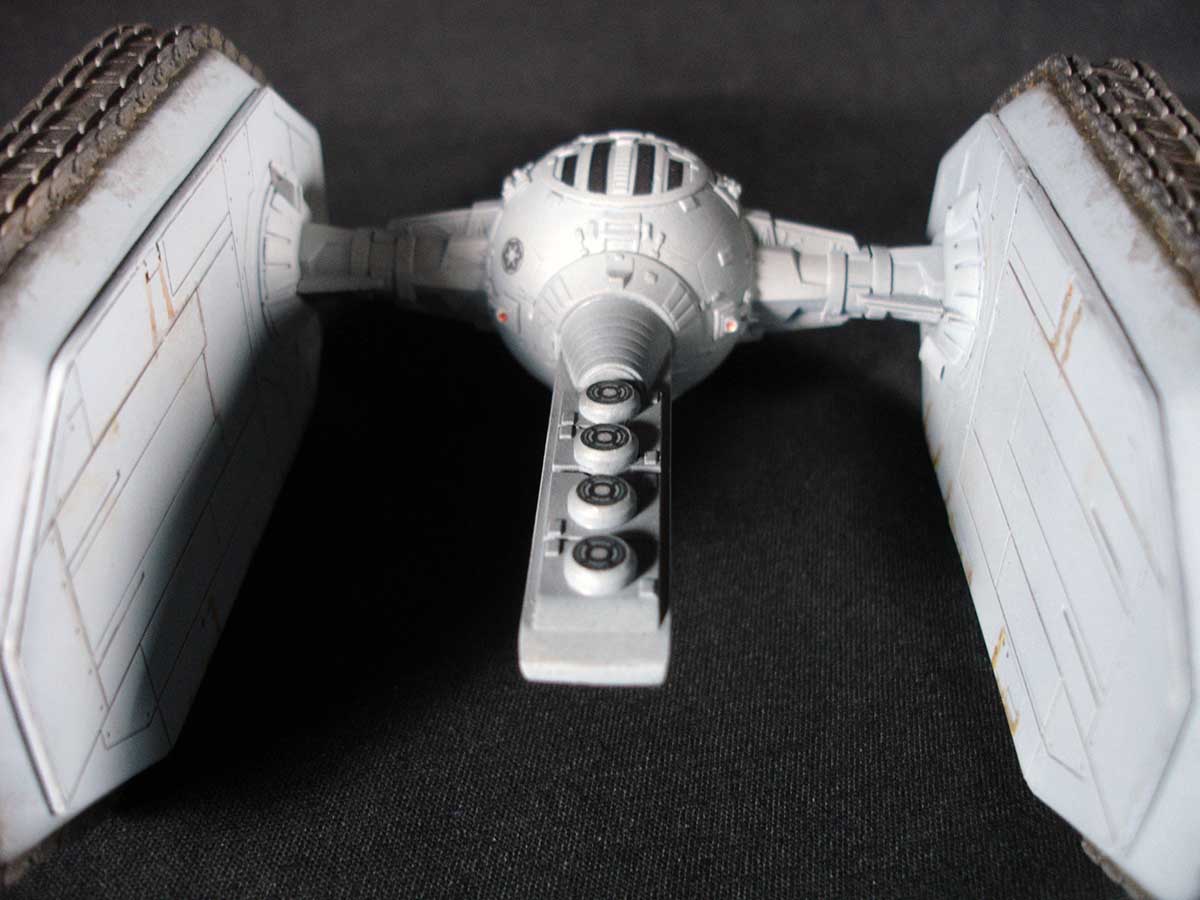 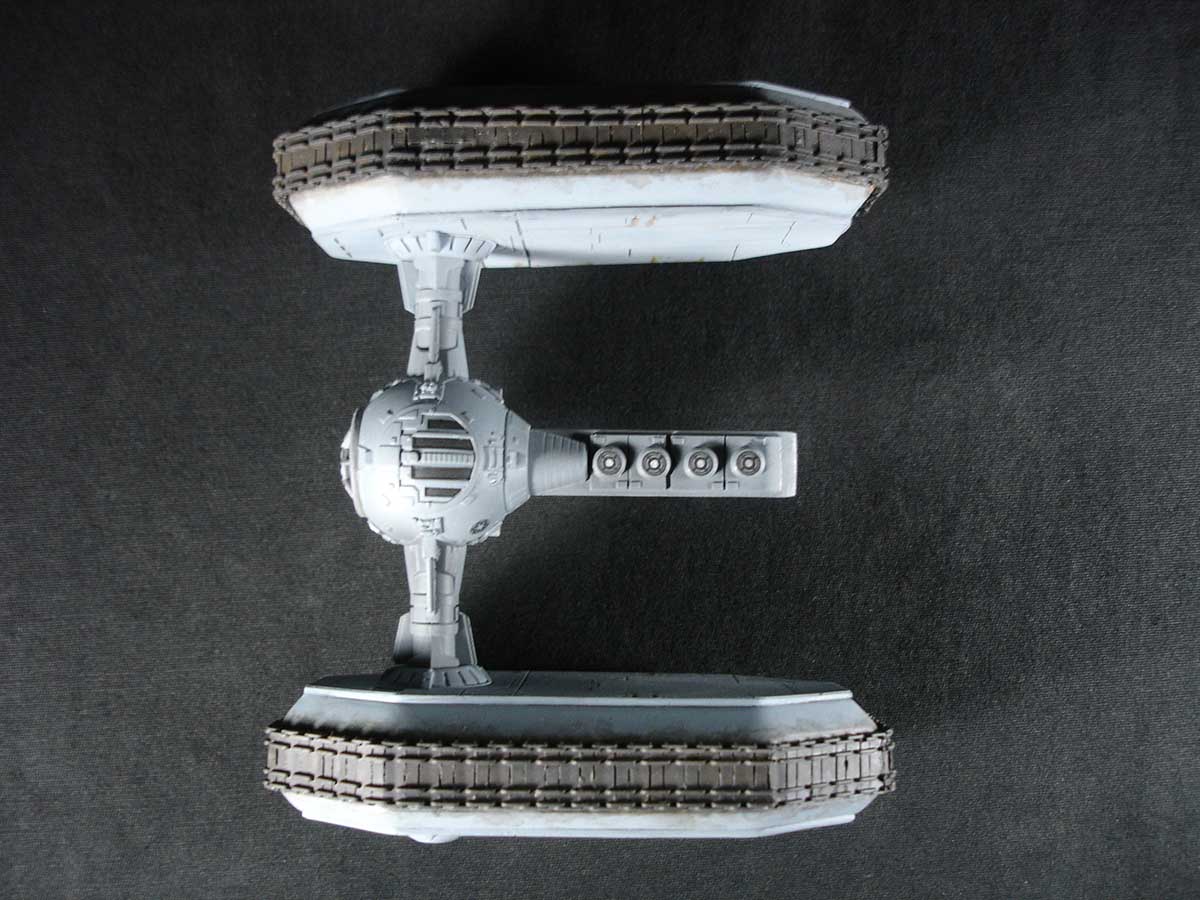 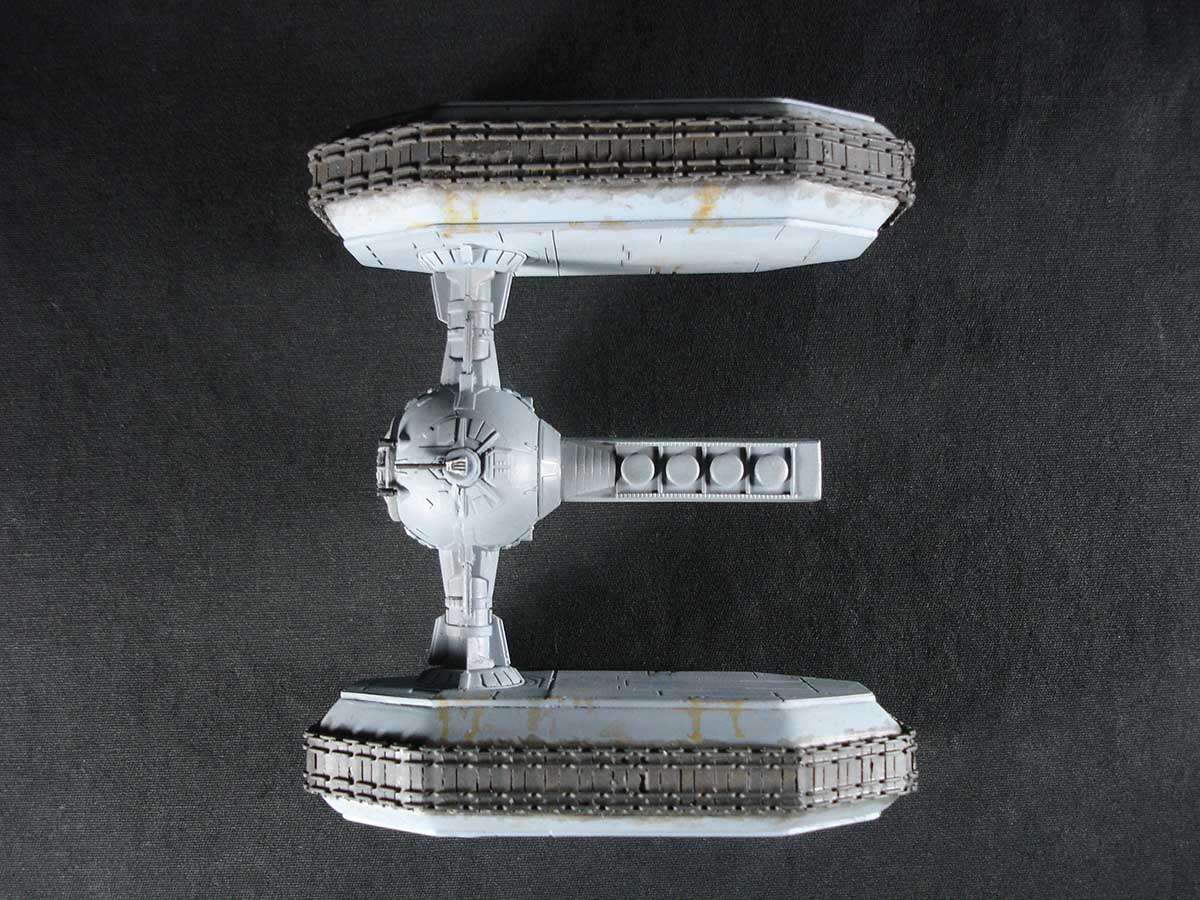