- JPEG's Excellent GONK Droid! Finished! Well, almost. Still haven't decided what I want him holding, but, the good thing is, I can change it around! He's currently just holding a random thingee I found lying around.

- This thing basically just snapped together! I had to dremel out the front grill/door for his arm, which I borrowed from an R2 kit, then I added the antenna (modified moisture vaporator from JPEG's 1/72 Tatooine kit) and a light on top - which was a modded square brick-like piece I got from my spare parts box. I cut out the hole in the front, then filled it with putty that I pressed in for a concave "hole," Then I painted the inside silver, and filled it with some "crystal clear" glue that I had. Looks really cool in person - looks kind of just white in the photos.
- I lost my little rubber hose that I was going to use for the cables from the antenna and the light, so I used some solder I found in my box and painted it. I don't even have a soldering iron!
- I also "scratch built" the sockets they plug into - measured the ones on my wall and scaled them down to 1/12. 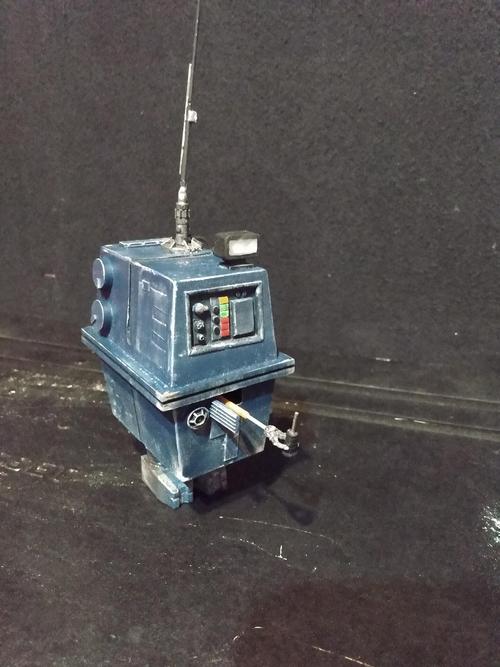 ^^I was going to fix the crooked antenna, but decided I liked it! Somehow seems to suit. 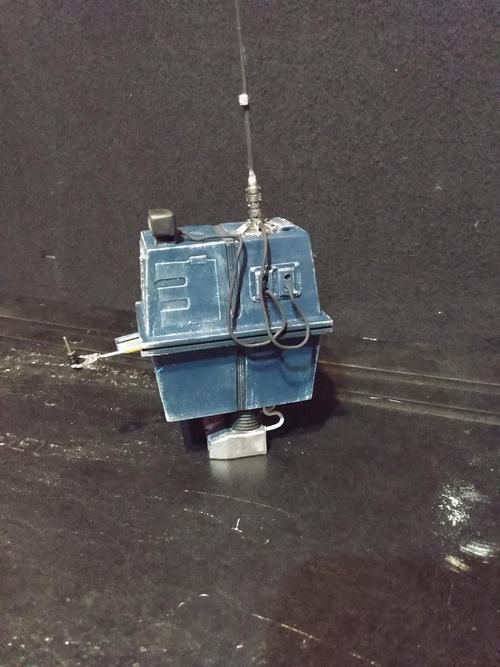 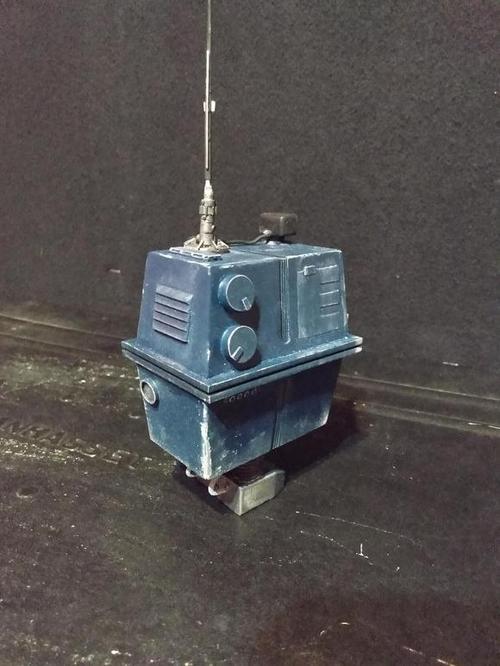 ^^There was a molding flaw on this back corner, so instead of puttying and sanding, I just used it and painted it - looks better in person, but it looks like paint completely chipped off there. 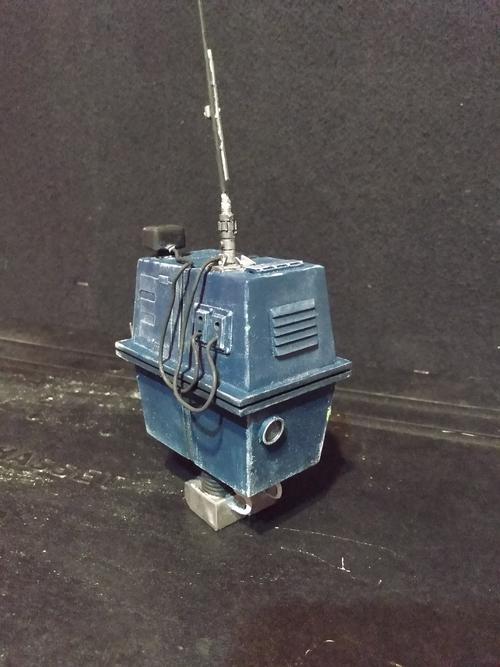 And here he is with his friends:

Love all the mods and the weathering looks fantastic!
photobucket: http://s1352.photobucket.com/user/ukaed ... s%20Models
Top

Awesome collection!
If you have a tool and aren't aware of what it can do, its dangerous. A jedi can do amazing things with a lightsaber. A roomful of chimps with lightsabers... would get messy.
Top
Post Reply
4 posts • Page 1 of 1